One of the downsides of flying everywhere is that you never get the chance to see what is at ground level, so, as I had time, I decided to take the train from Dallas to Austin. The Amtrak Texas Eagle, is a daily train between Chicago, San Antonio and Los Angeles on the Sunset Limited, which includes Dallas and Austin Texas as stops. 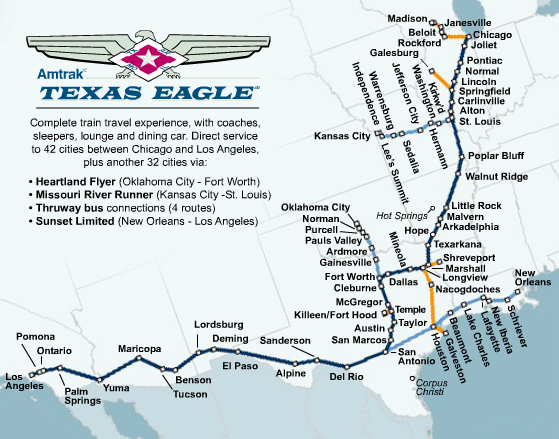 The trip from Dallas to Austin Texas on the Amtrak Texas Eagle takes about 6.5 hours and stops at:

The Amtrak Texas Eagle is usually comprised of:

I decided to travel in Coach Class and spent most of time in the Sightseer Lounge.

On the way to Fort Worth the Dining Car opened, so I headed there for lunch. There were not many choices on offer, so I decided to give the burger a try.

Not exactly the greatest burger I have ever had, but not the worst either.

At lunch I met a couple who were traveling from Atlanta Georgia to San Antonio Texas by train due to the wife being scared of flying. I could tell that the husband was over it, think they had been on-board a train for about 3 days by the time I met them. He was especially bored with the menu, it did not change and there were only around 3 mains available per meal, the same 3 items! Forgot to ask him about breakfast. 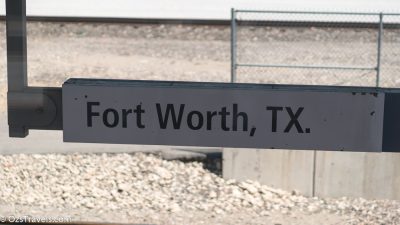 Nothing to see here, move on. 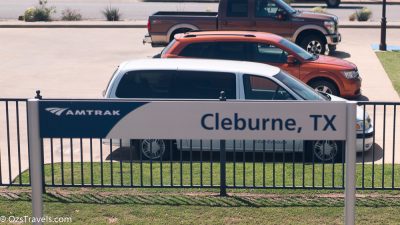 Not much more to see here either 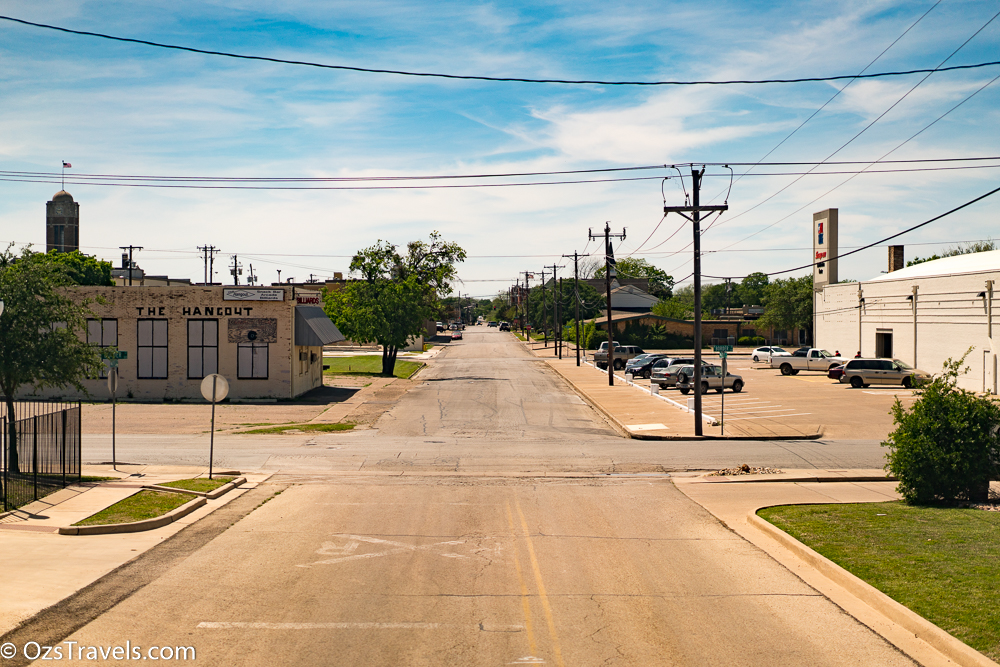 The scenery between Cleburne and McGregor 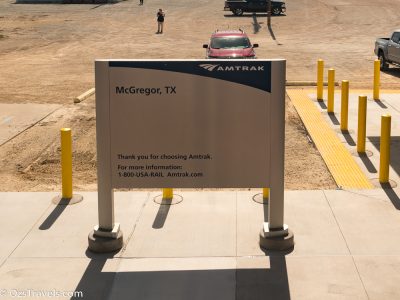 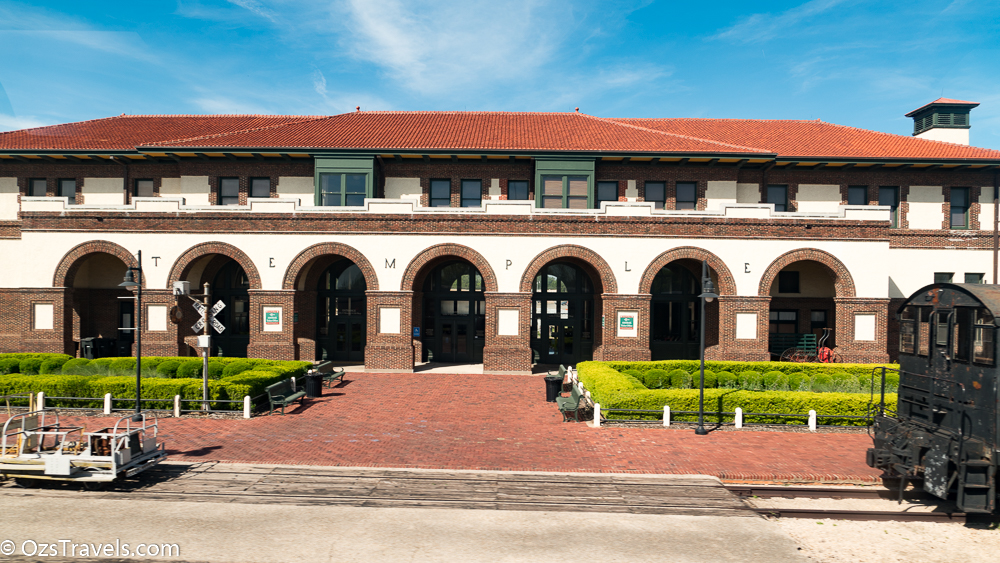 On the way to Taylor Texas we passed a solar farm, not exactly what I was expecting to see in oil rich Texas, but good to see that people are taking advantage of the sunshine!

Taylor was the last stop before Austin, Texas.

During the trip we passed a couple of towns with large High-School “Football” Stadiums, this was not the largest I saw, but it was the only one that was unobstructed from the train line. It looks to be nearly as big as some of the NRL (National Rugby League) grounds in Australia, one of the other grounds looked to be at least 2-3 times bigger. 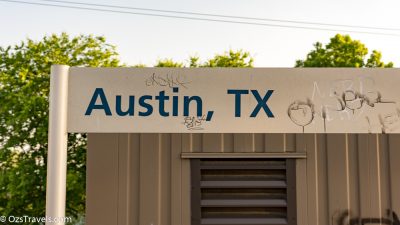 I was surprised at how small the Austin, Texas, station is, was expecting something similar to Union Station in Dallas, Texas, as Austin is the Capital of Texas. The station is a similar size as to the other stations we stopped at. 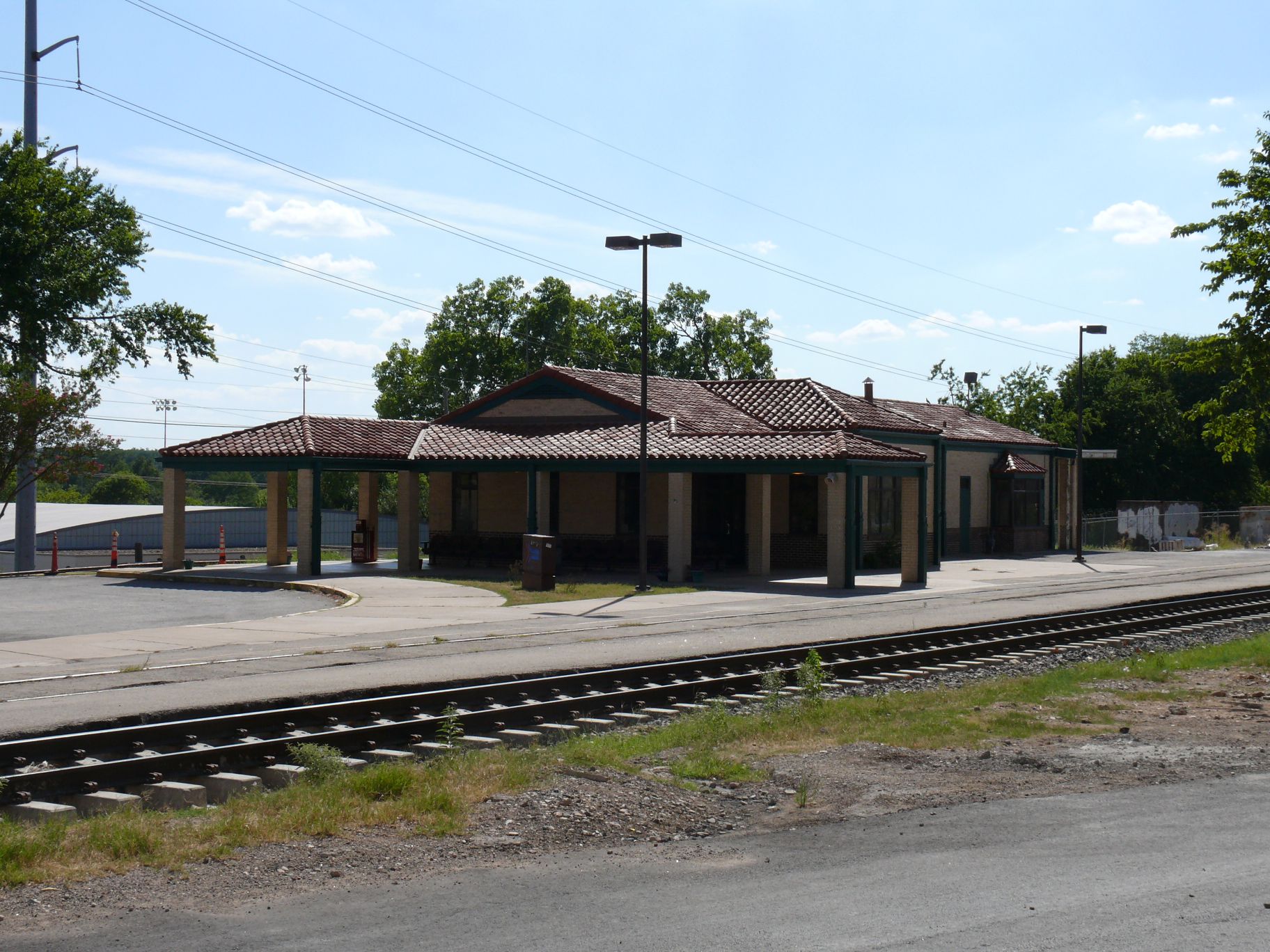 There is no platform so everyone who gets off there has to climb down, the staff were pretty helpful to those who needed it.

Some useless Trivia about the Amtrak Texas Eagle:

For USD29 this was very good value, would probably do the same trip again if I had the opportunity and time.  The 6 hours + on the train was not bad, would be fun with friends, you have no issues with turbulence and airport transfers and you can go for a wander anytime you like.

My only criticism would be the lack of choice in the dining car, which would be a problem if you took the Amtrak Texas Eagle from Chicago to LA, but not a problem for the short trip between Dallas and Austin Texas.

Next up Austin, Texas.