After visiting the Blue Mosque, we decided to check out what Sunday in Istanbul is like, it definitely was not quiet. We visited the Spice Bazaar, the square out the front of the Yeni Cami, the underpass to the Galata Bridge, watched the fishing off of the Galata Bridge, enjoyed the sunset behind the Yeni Cami and then walked across the Galata Bridge to the other side of the Golden Horn before heading back to the hotel to get ready for dinner.

A Quiet Sunday in Istanbul

There is an underpass from the square out the front of the Yeni Cami to the Galata Bridge, it was packed with people shopping or, like us, just crossing under the road. Pretty busy place. 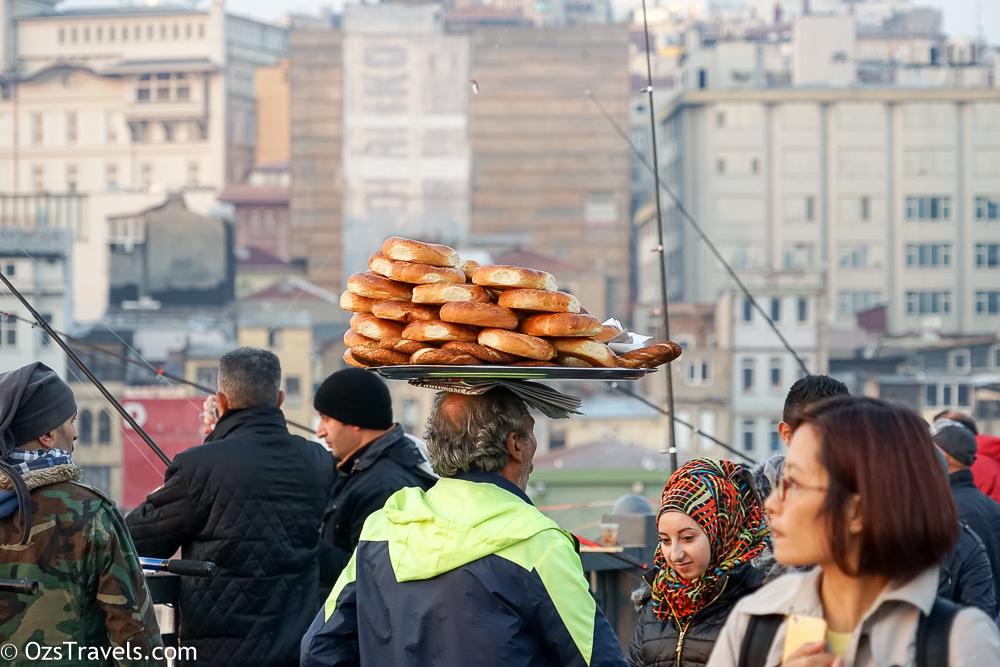 The fourth bridge was built in 1912 and was in use until 1992 when it was damaged by fire and had to be towed up the Golden Horn to make way for the building of the fifth and current bridge, this was completed in 1994 and was used by both cars, other vehicles and pedestrians. 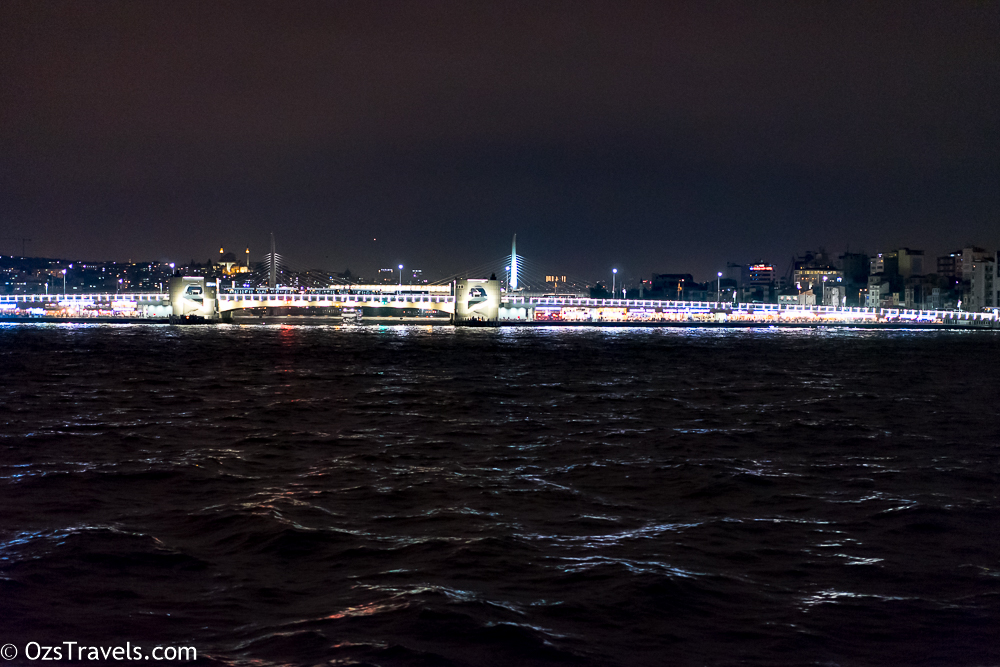 The bridge is a favourite haunt for local fishermen and was packed on Sunday with people fishing, watching and enjoy the view!

Tram Tracks Across the Galata Bridge

Access to cars and other vehicles was ceased when tram tracks were added to the bridge later.

The Galata Tower stands out no matter where you are when near the Golden Horn. The tower is nine-stories, 66.90 meters, tall and, when it was built in 1348 during an expansion of the Genoese colony, it was the tallest building in Constantinople. Its original names were the Christea Turris (Tower of Christ) by the Genoese and the Megalos Pyrgos (The Great Tower) by the Byzantines.

The tower has been restored a number of times to repair the damaged caused by an Earthquake in 1509, fires in 1794 and 1831 and a large storm in 1875. The conical roof of the tower was destroyed by the storm and it was not repaired until 1965 / 67 as a part of the restoration of the entire tower. During the Byzantine and Ottoman Periods the tower was used as observatory and prison, now it is a tourist attraction with a café and restaurant at the top. Another to return to Istanbul.

This funicular connects Taksim Square with Kabataş and was opened in 2006. Great service, very clean and quick, plus a bit of fun. About 35,000 people per day use it.

Time to find out what Sunday Night is like in Istanbul.

2 thoughts on “Sunday In Istanbul”