When planning what to do on my first day in Austin Jane and James decided that a visit to the wineries nearby would be a good idea, they were right. I was relieved when James suggested that I work out the wineries we should visit, was a bit worried that Jane would pick them, which is a worry as Jane likes Chardonnay that tastes like battery acid from South Eastern Australia called Jackeroo, sorry Jane I had to add this! The first winery I chose was Stone House Vineyard Texas. 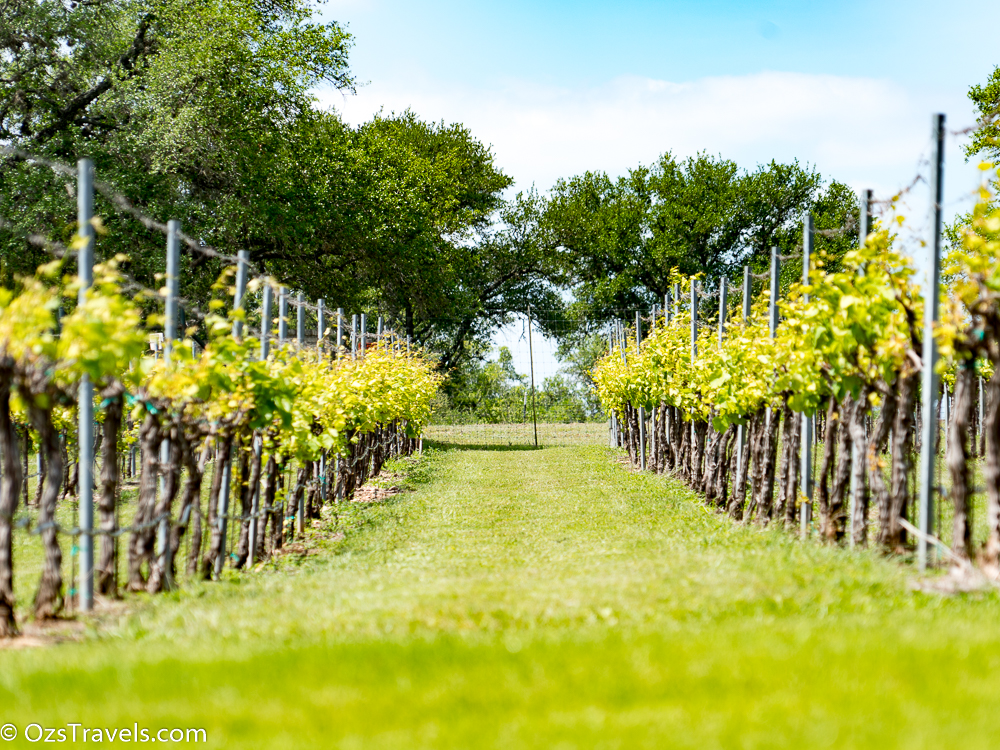 The name Stone House Vineyard suggests permanence and durability, two qualities owners Angela and Howard Moench undoubtedly espouse in their winemaking and grape growing. The winery is constructed of massive limestone blocks—forming a veritable stone house—each weighing more than 2,000 pounds. In addition to this unique feature, there’s the fact that while Stone House is rooted in Texas, its heritage stretches all the way to Australia, the home country of founder Angela. She hails from the Barossa Valley wine country and continues to source grapes and winemaking techniques—including her winemaker—from that area in order to craft wines that blend Texas and Australian methodologies and flavors to showcase two viticultural rising stars at once.

Angela and Howard have long been enthusiastic about good wine and food, but when they acquired several acres of land bordering the Hill Country’s Lake Travis in 1996, they had no intention of planting grape vines. Within a year, however, the idea of joining the evolving wine industry in Texas was growing on them. In 1999, after considerable research with viticulturists and oenologists, it was decided to plant nearly seven acres of the Norton grape varietal that produces a delicious medium to full-bodied red wine. Norton also has other attributes: it is disease resistant and has a late bud break thereby avoiding the late freezes in the Texas Hill Country.

Howard designed the beautiful winery. He is a frustrated architect (and a real life physician), but he achieved functionality, practicality, and beauty in the two buildings that comprise the winery.

The Cellar Door is a part of the Stone House Vineyard on the banks of Lake Travis in the Texas Hill Country, a 50 minute drive from Austin.

7 acres of close-planted Norton vines are cultivated by Stone House Vineyard on the site. Did not get try any wines made with Norton grapes BTW.  Norton grapes are a North American grape that were originally planted by Dr Daniel Norton in Virginia in the early part of the 1800’s, they are apparently resistant to disease which is a problem in the Texas Hills Country.

At the cellar door they offer four different types of tasting flights:

I selected the Reserve Tasting flight, Jane and James went with the Select Tasting Flight.

A drive to Stone House is worth the trip to try an interesting selection of wine although I would have like to have tried at least one of the wines made with their locally grown Norton grapes.

Next up, who knows, maybe dinner at Gaggan (again), dinner at Gaa, Singapore National Day or wine tasting at Driftwood Estate Winery.