Next up on my exploration of Dallas Texas was Pioneer Park Cemetery, where I came across a Confederate War Memorial, more on that later, and the following tablet donated by the High Noon Club of Dallas 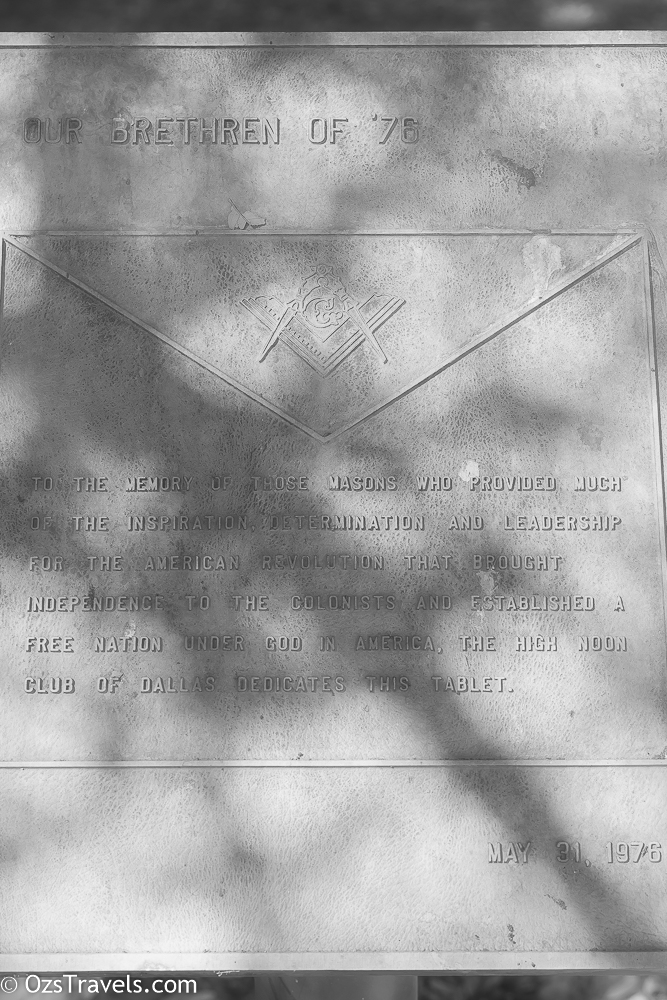 To the memory of those Masons who provided much of the inspiration, determination and leadership for the American revolution that brought independence to the Colonists and established a free Nation under God in America, the High Noon Club of Dallas dedicates this tablet.

In addition to the remains of some of Dallas’ earliest founders and 4 of Dallas’ Mayors the Pioneer Park Cemetery is also home to at least one squirrel.

There are a number of states in the USA who are removing memorials and monuments to the Confederate side of the Civil War, not sure if this will affect this one. It is a simple structure with a 60 ft pillar with statues of four of the leaders of Confederate States of America (CSA, which is engraved into the base of the pillar) standing watch. The effect of weather on the monument itself is starting to become noticeable making the reading of the inscriptions a little difficult.

Next up the Dallas Texas Pioneer Plaza sculpture