José Maria da Fonseca was the second winery and last stop on our tour of the Alentejo D.O.C (Denominação de Origem Controlada) in Portugal.

Our visit was to the José Maria da Fonseca Manor House in Setúbal which is where the winery was founded in 1834. The Manor House was built in the 19th century and restored in 1923 and was the family’s residence until 1974.

In their own words

Family of Wines. Wines of a Family

Everything began over six generations ago in 1834, with an act of irreverence and audacity from our founder. For some, it may have seemed like a thoughtless act, but for us in the family it was a visionary’s first step.
Families are like that, they believe in us. 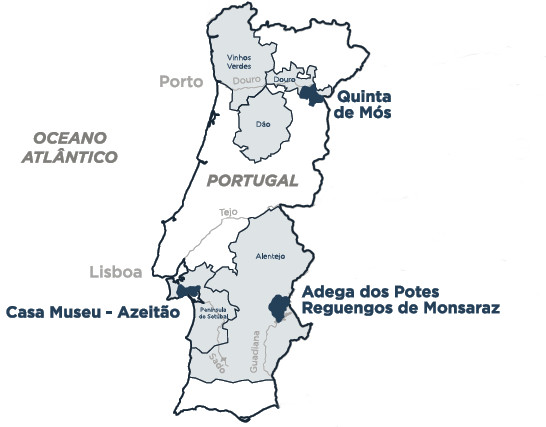 A family business with almost two centuries of history, and one that has known how to stay up-to-date without ever sitting back on its laurels. José Maria da Fonseca has been making wines since 1834, resulting from the shared passion of a family that has known how to preserve and project the memory and the prestige of its founder. Well aware of the responsibility of being the oldest producer of table wine and Setúbal Moscatel in Portugal, José Maria da Fonseca follows a philosophy of permanent development, constantly investing in research and production, combining the latest techniques with traditional know-how. An example of this is the José de Sousa Rosado Fernandes Winery, at Reguengos de Monsaraz, Alentejo, where the Roman tradition of clay pot fermentation is maintained alongside the latest technology.

Continuing to invest in benchmark products at international level, always produced to the highest standard, José Maria da Fonseca has contributed decisively to the promotion and prestige of national wines. The nearly 650 hectares of vineyards and a winery equipped with the latest technology, which competes with the best in the world, produce wines that combine the experience gathered throughout its history with the most advanced winemaking techniques.

Our tour of the winery started inside the Manor House where there are a number of restored vintage wine gadgets, awards and memorabilia.

Next up were the beautifully maintained grounds of the manor house.

We then visited one of the older barrel rooms.

In this barrel room there is a locked section where 80 vintages of the Mosacatel de Setúbal are stored, a unique collection. The vintages post 1983 have been stored at another of José Maria da Fonseca’s wineries. We were not VIPs so did not get a chance to get passed the gate.

As there are well over 70 wines I won’t list them, the tasting room is commercial but still has a comfortable feel to it. There are two wine tasting stations that you can try a number of their premium and fortified wines, apparently you need to “pay” for that, but if you buy a couple of bottles this did not seem to be necessary.

My favourite of the tasting was the 1998 Domingos Soares Franco Colecção Privada Moscatel de Setúbal Armagnac. 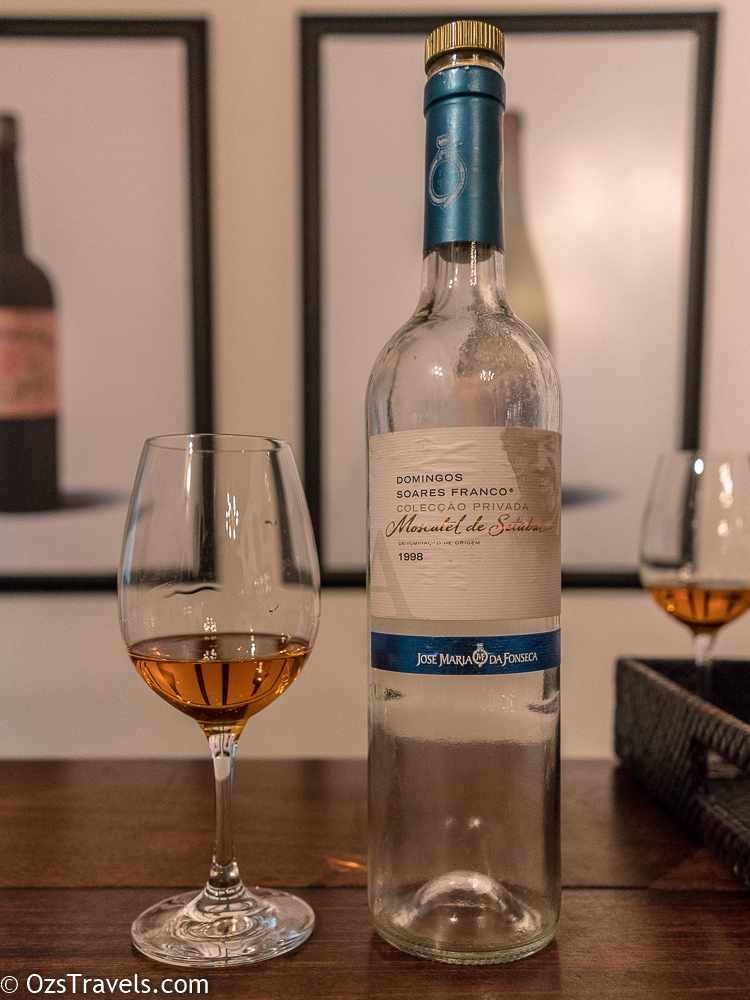 The Tasting Line Up 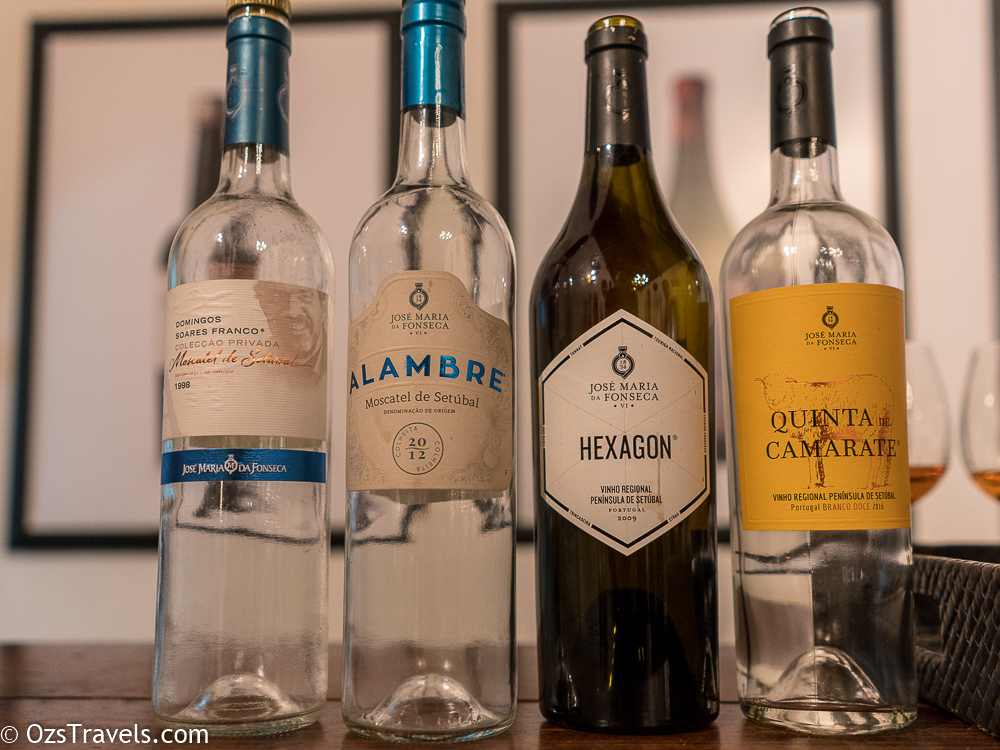 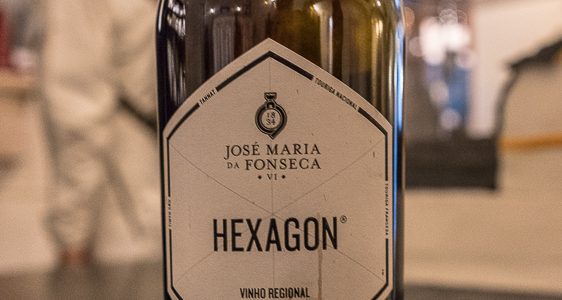 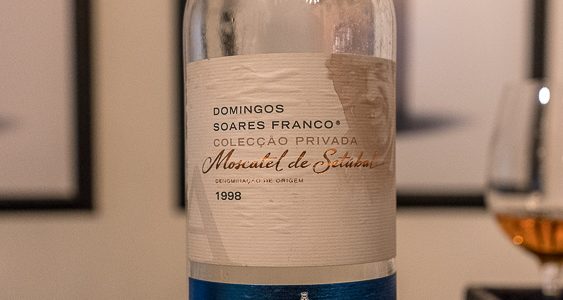 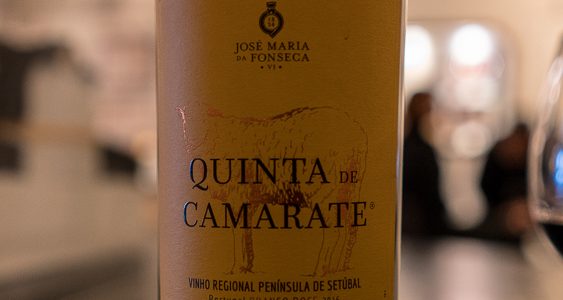 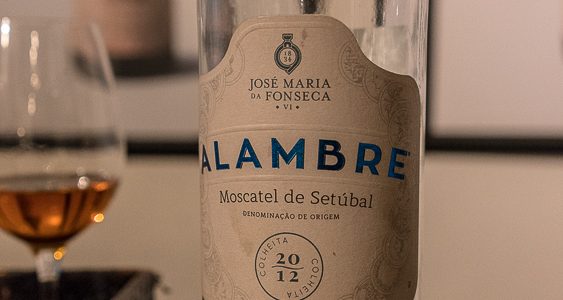 A visit to the Manor House is worth the effort, there is a lot of history and some pretty good wine to taste. As we were part of an organised tour we did not get to find out if there were different tasting sets to try, but the staff were more than happy to give me a taste of other wines and their brandies that were available in their tasting stations. 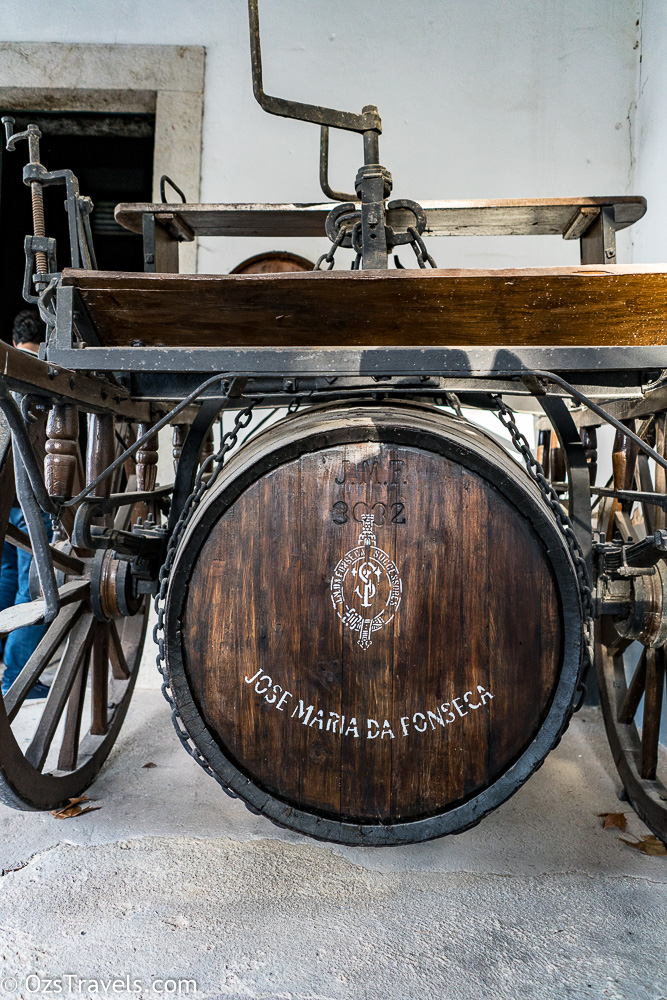 Would like to return and try to arrange a tasting of their fortified wines and brandies and include a tasting from a barrel or three, would be very “informative / educational”.