My hosts, Lou and Ken, had arranged for dinner at Hawksworth in The Hotel Georgia. Hawksworth has been recognised as one of the best restaurants in Canada, so was really looking forward to it!

Whilst it is an upmarket restaurant, they don’t have a formal dress code (thankfully). It is also not a big place, so booking is a must. The menu is not huge, but it is interesting and was more than enough for me!!!!! The wine list was interesting, had a few surprises on it, one of which I selected for the table (thanks Ken for letting me do at least something!).

For entrée we all had something different: 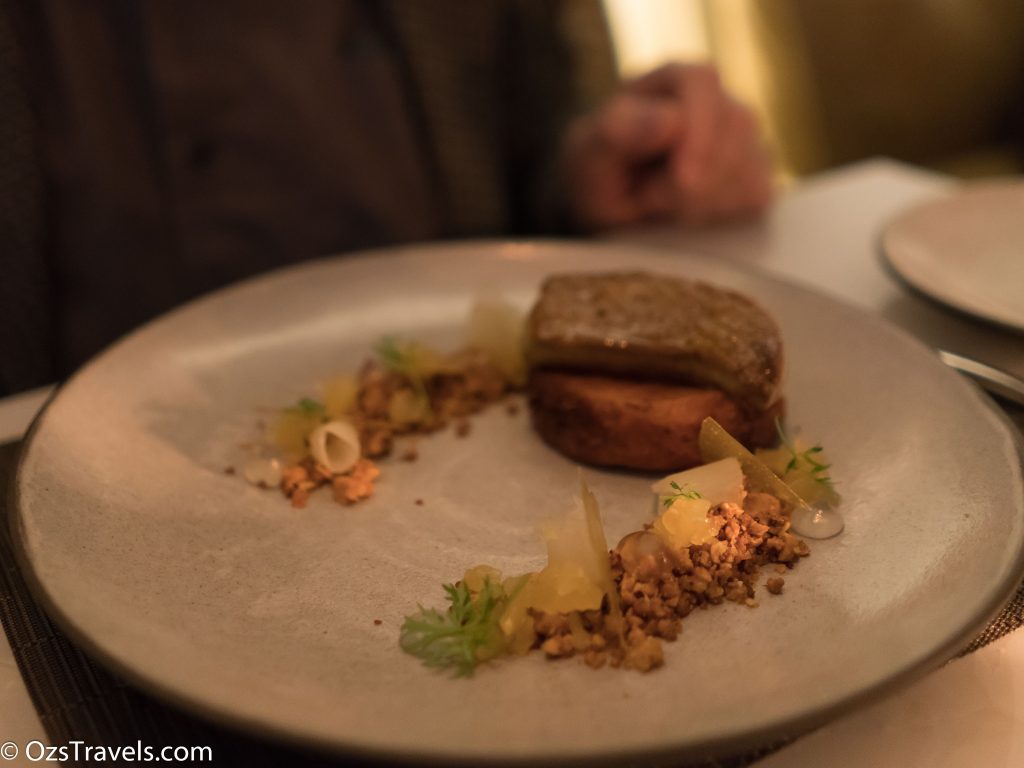 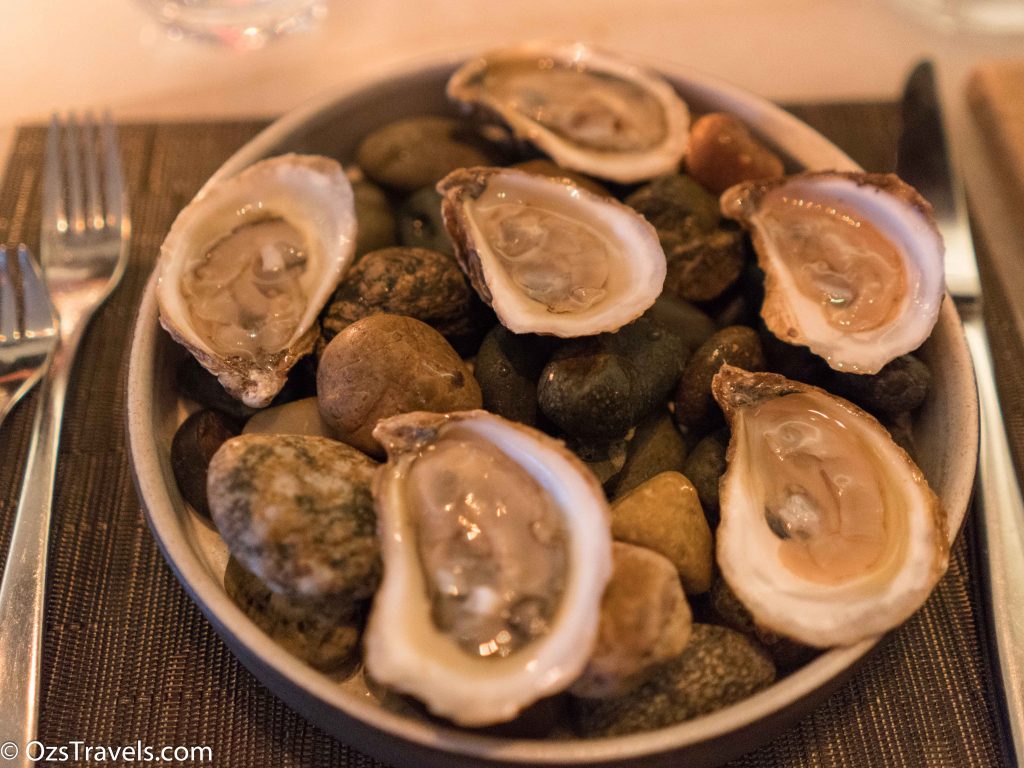 We were all very happy with our entrées, I had the oysters and, whilst they were not as flavourful as my favourite Coffin Bay Oysters, they were very tasty and the house vinaigrette and shaved horseradish enhanced the flavour. 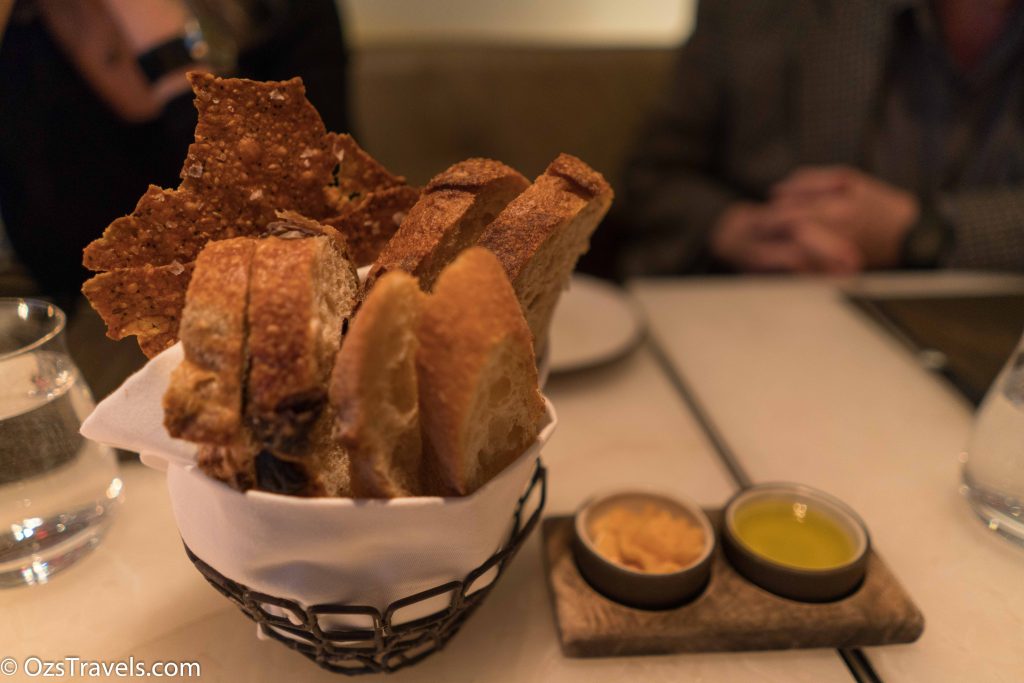 Great bread basket, every piece was very good especially the bat-wing (not sure what else to call it). 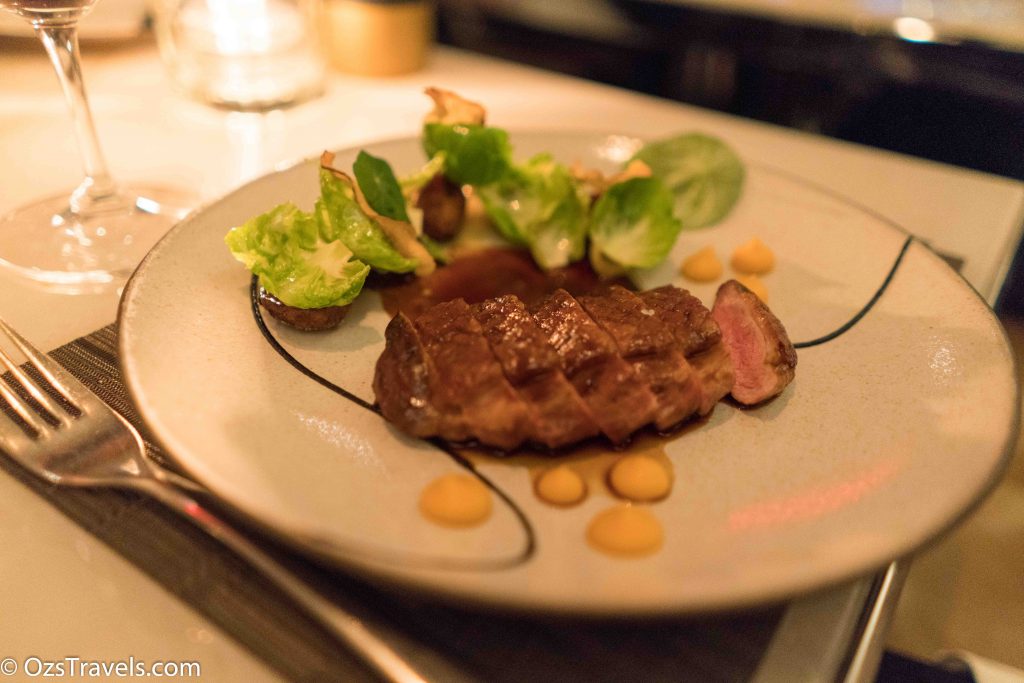 I think it must have been pretty good, definitely looked it, as there was one small wafer of skin left on Lou’s plate, think she did that just for appearance sake. If you are lucky enough to dine at Hawksworth and have the duck, suggest medium-rare, as it was cooked to perfection.

WoW this was the best presented lamb rack I have ever had as well as one of the tastiest. Definitely a dish that I would recommend at Hawksworth. There is ample for two, it would probably work well for three. I am getting hungry as I write this. YUM! 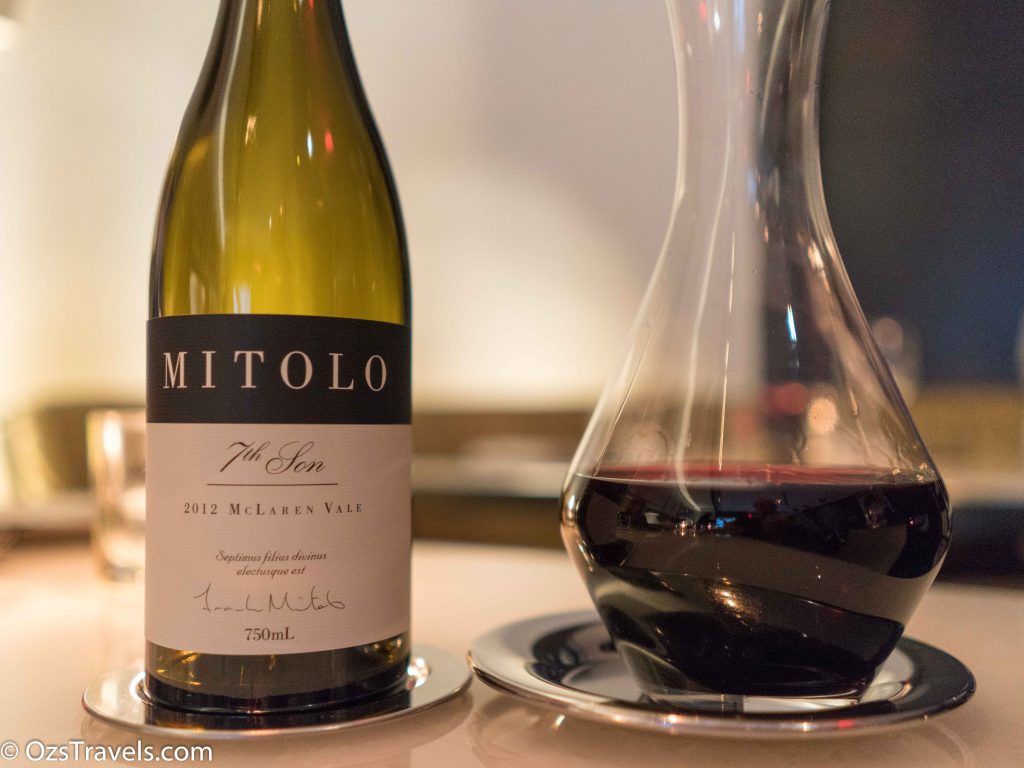 Comment: I was really impressed by this wine. Whilst still relatively young, it was very good, but it did need to be double decanted to open up (we did not have to ask for this the lovely sommeliers knew what was needed). Definitely a wine to try again with more age or even drink more of now!! Sounds like I need to buy a 6 pack so that I can make sure!

Is it the best or one of the best restaurants in Canada, no idea, but it is definitely a very good restaurant and worth at least one try! They also have a decent bar, we did not try it as we had a long drive home and a 1939 Para Port awaiting us. 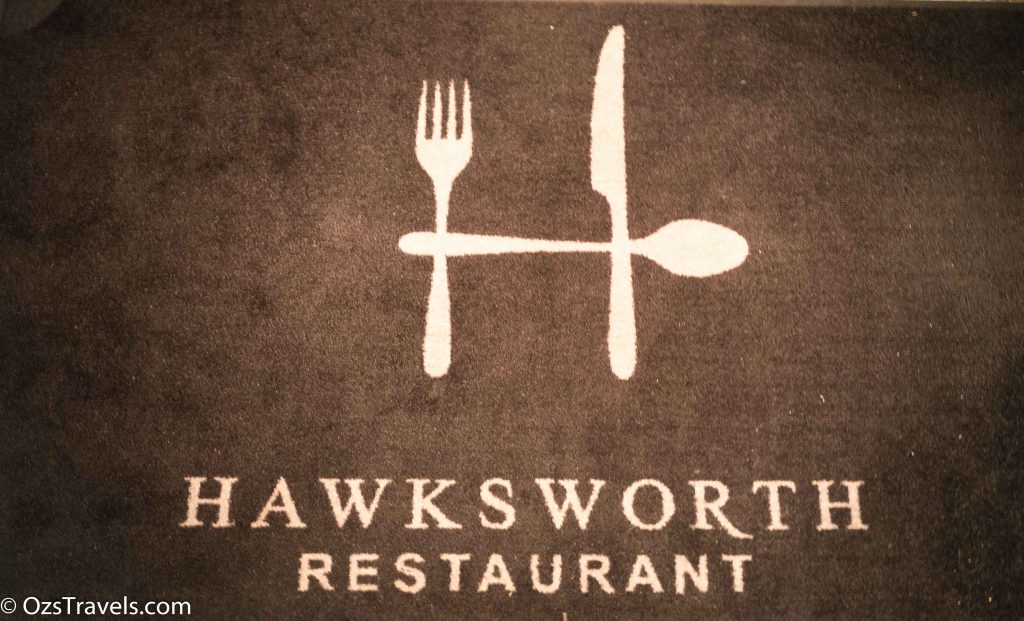 If the rest of the dinners on this trip are half as good as this one, I am going to be very happy!

The Hotel Georgia looks pretty nice! There is a bar downstairs called Prohibition, which I did not try, that sounds very interesting, something to do next time I am in Vancouver. We were also lucky enough to visit on the day that they opened their rooftop bar, which was nice for a pre-dinner drink. Will be a good spot when the weather is warmer.

Next up is the Bluewater Cafe in Vancouver