d’Arenberg is rated by James Halliday a 5 Red Star Winery.


5 Red Stars
Outstanding winery regularly producing wines of exemplary quality and typicity. Will have at least two wines rated at 95 points or above, and had a five-star rating for the previous two years.
Where the winery name is itself is printed in red, it is a winery generally acknowledged to have had a long track record of excellence in the context of its region — truly the best of the best.

In 1959 d’Arry launched the d’Arenberg label, creating a family crest and motto Vinum vita est, Wine is life, then adding the distinctive red-stripe to the label.

In 1965 the Bailey family of Glerowan, Victoria, challenged the use of the Bundarra name. d’Arry agreed to let the name go as long as they could use the Bundarra name on their property cases (guessing this was for the wines sold onsite at the cellar door). The winery’s new name, in honour of d’Arry’s mother, was d’Arrenberg.

d’Arrenberg won the Jimmy Watson Memorial Trophy, awarded to the
producer of the best young, one or two year old, dry red wine, in 1969. 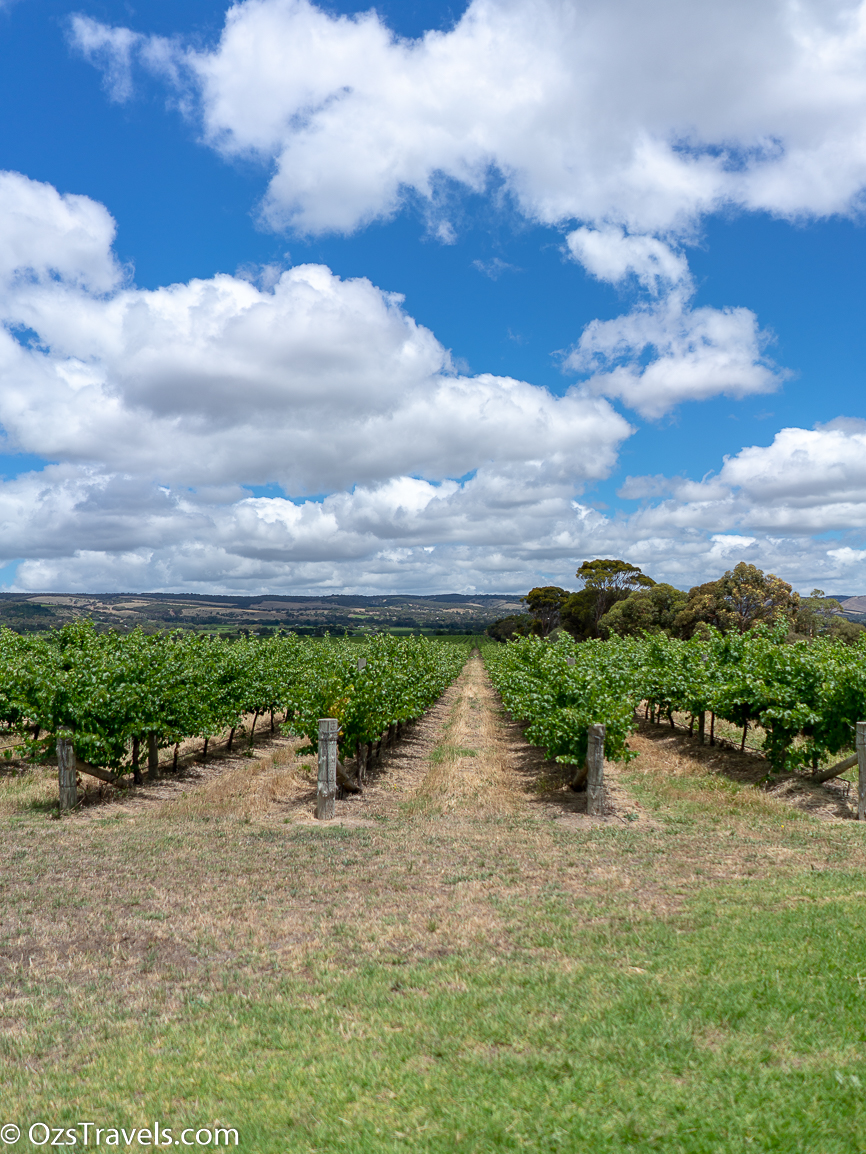 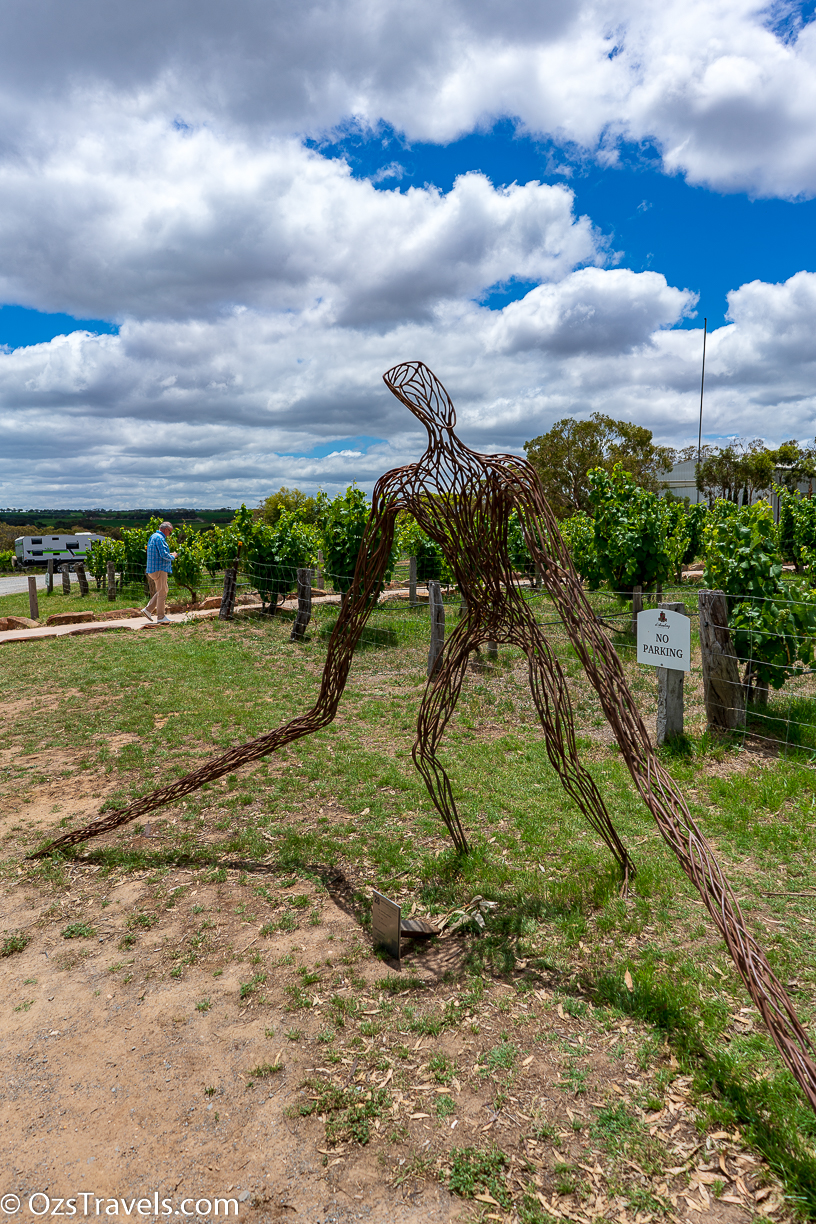 Chester Osborn takes over as the Chief Winemaker in 1984, producing his first wine that year which was also the 25th Anniversary of the d’Arenberg label. Their whites were also poured for the first time in Qantas First Class.

1996 was a big year for d’Arrenberg, they renovated the homestead and established d’Arry’s Verandah restaurant, they also wine the South Australian Wine of the Year for their 1994 Dead Arm Shiraz. Their 1994 Noble Riesling was also the runner up in the Sweet Wine category of the SA Wine Awards.

Chester is named the inaugural Winemaker of the Year in 1998 by Winestate Magazine. 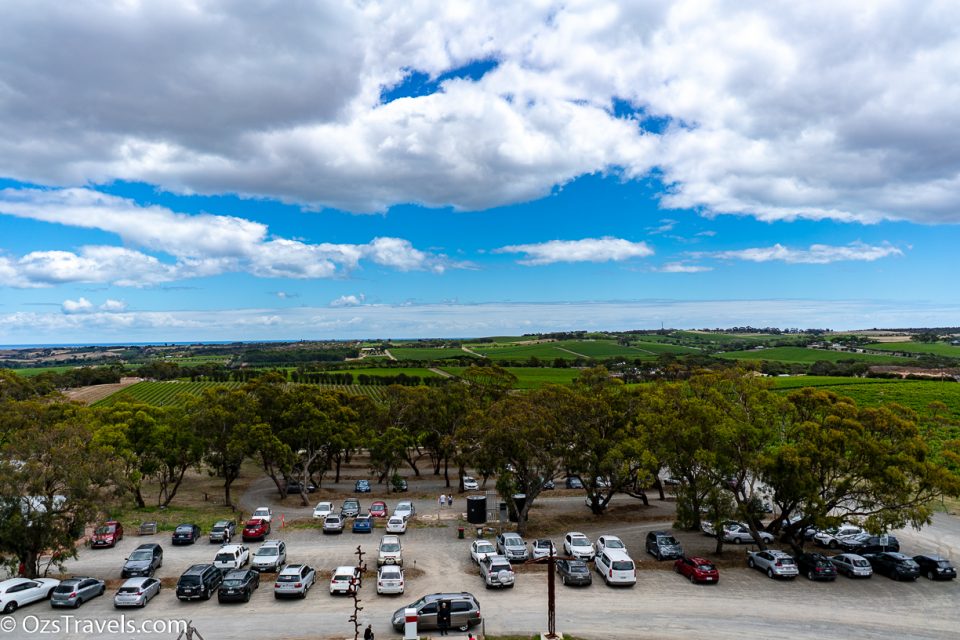 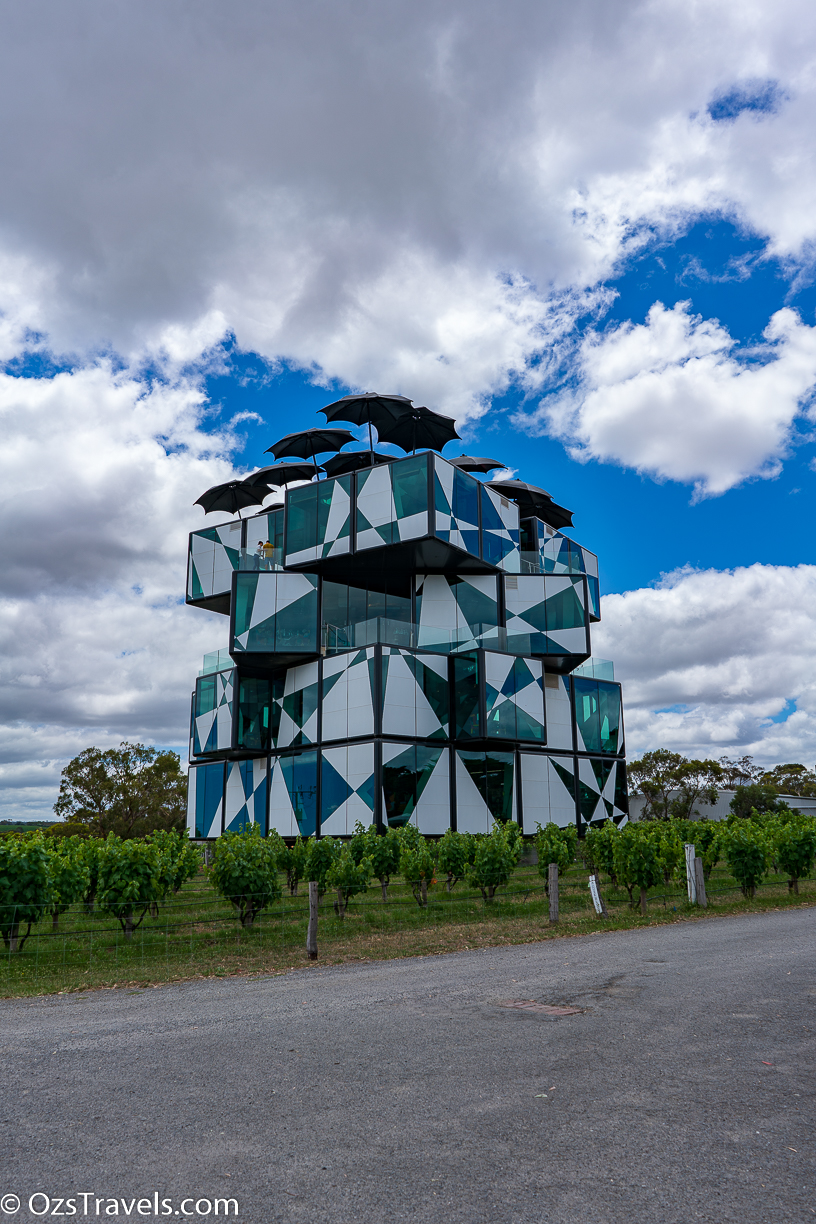 In 2005 d’Arenberg is awarded World Winery of the Year at the Vino Awards. The Dead Arm Shiraz is included in the Langton’s Classification in the Excellent category.

Australia’s First Families of Wine is established in 2009 and the Osborn’s are named as one of the 12 families. 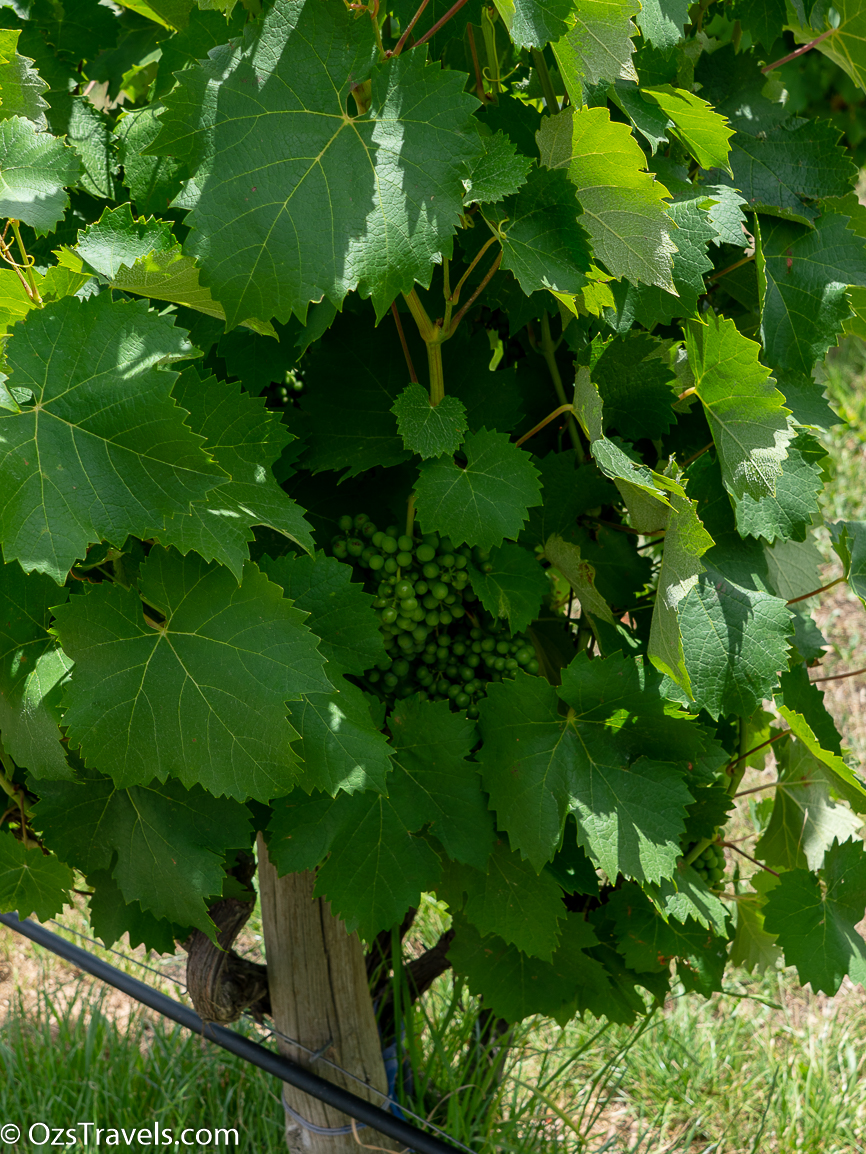 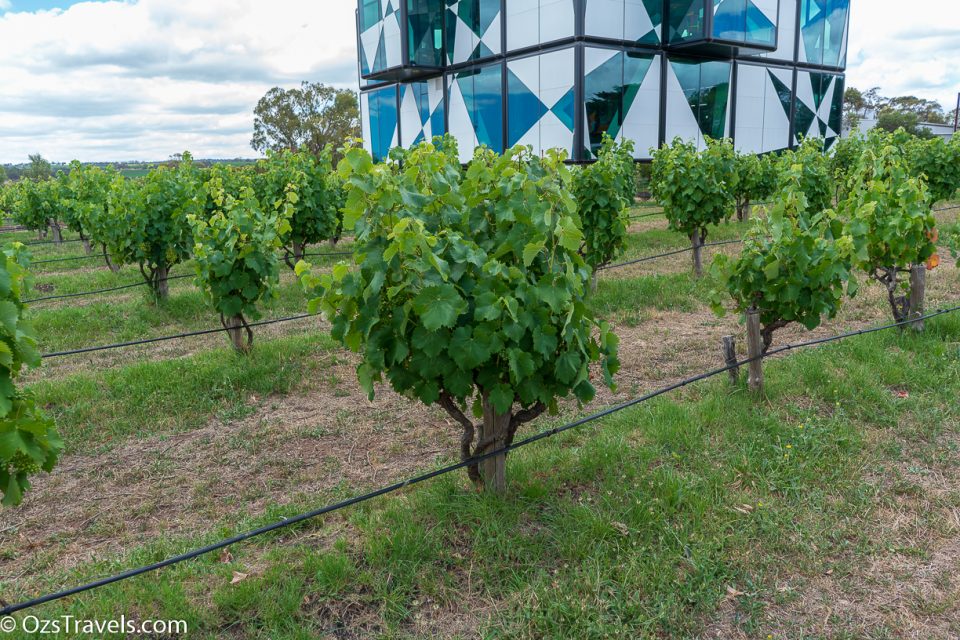 2010 d’Arenberg is named Winery of the Year by Wine and Spirits Magazine in the US.

In 2011 the Dead Arm Shiraz is promoted to the top of the ladder
of the Langton’s Classification, the Outstanding Category.

2014 is the year that d’Arenberg is added to the Wine and Spirits Magazine USA’s Hall of Fame and also included in their top 100 Wineries of the Year list.

d’Arry is Awarded the Legend of the Vine in 2016, recognizing his significant contributions to the Australian Wine Industry

2017 is the year that the d’Arenberg McLaren Vale Cube is opened to the public. 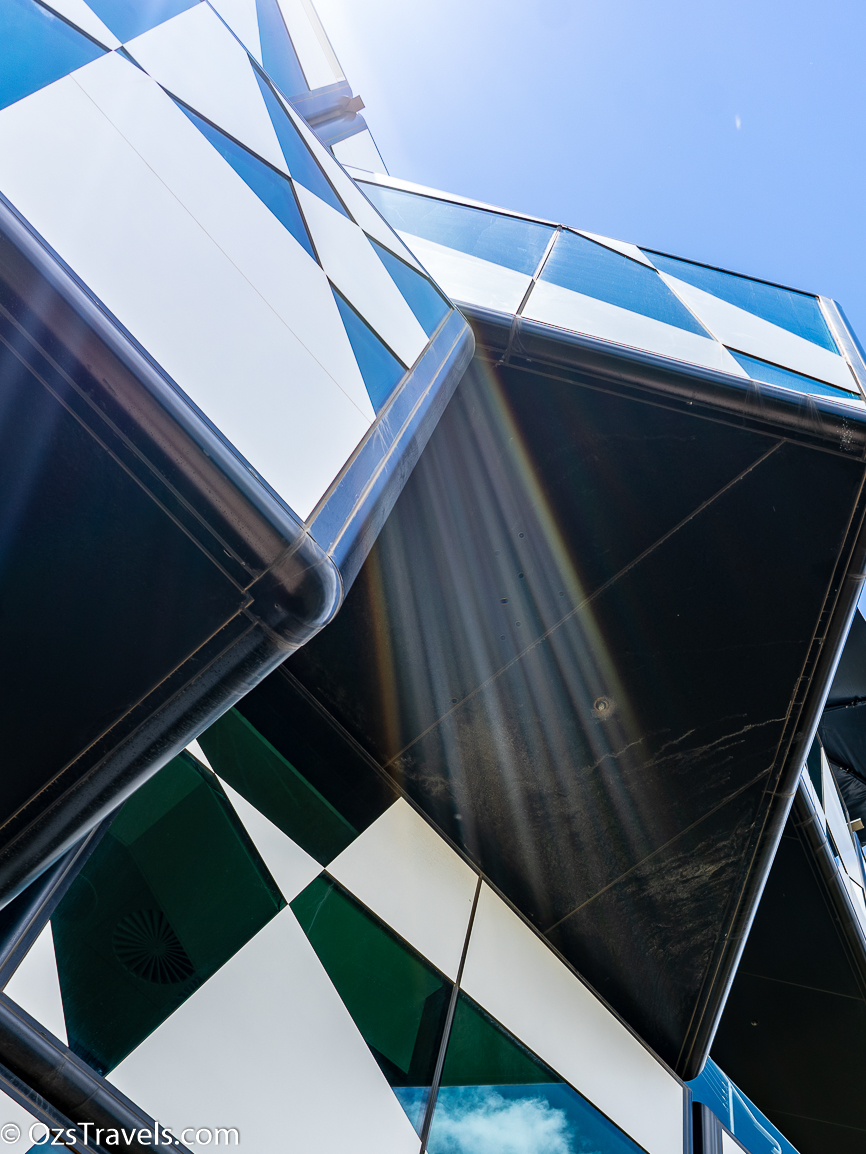 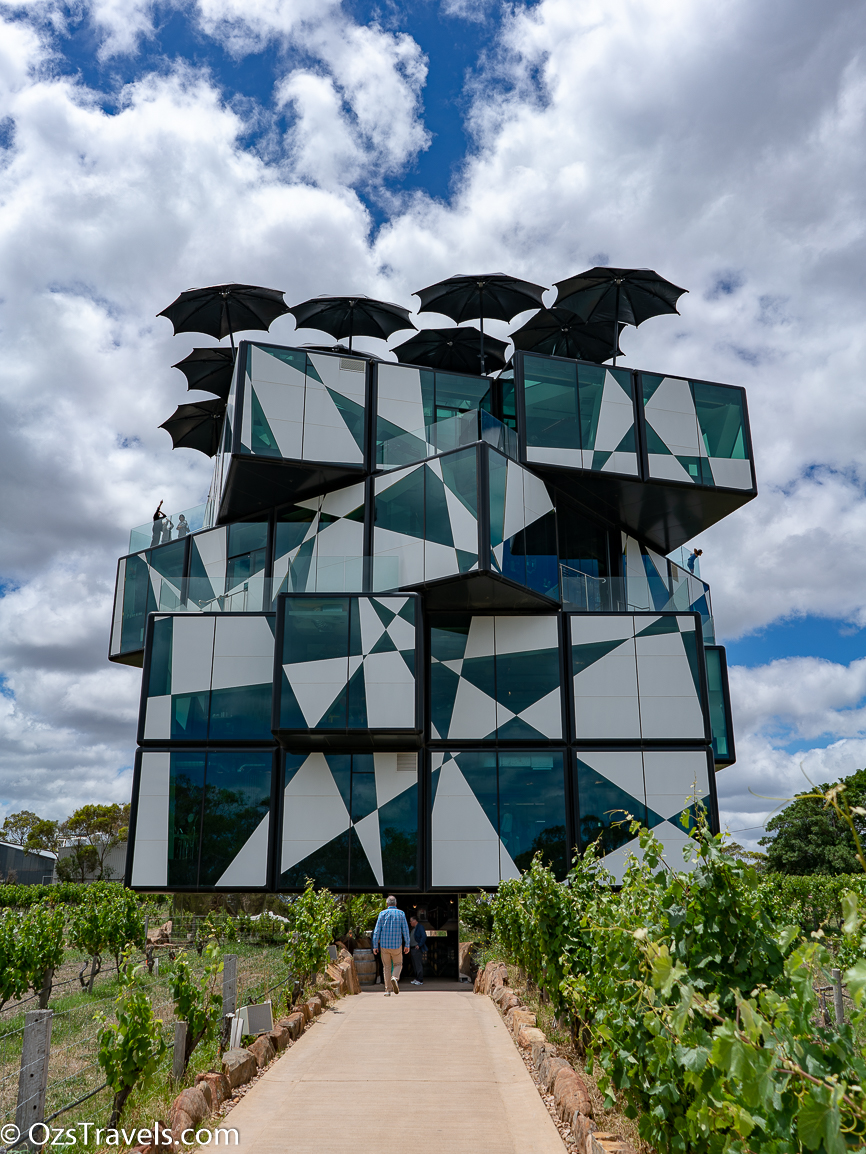 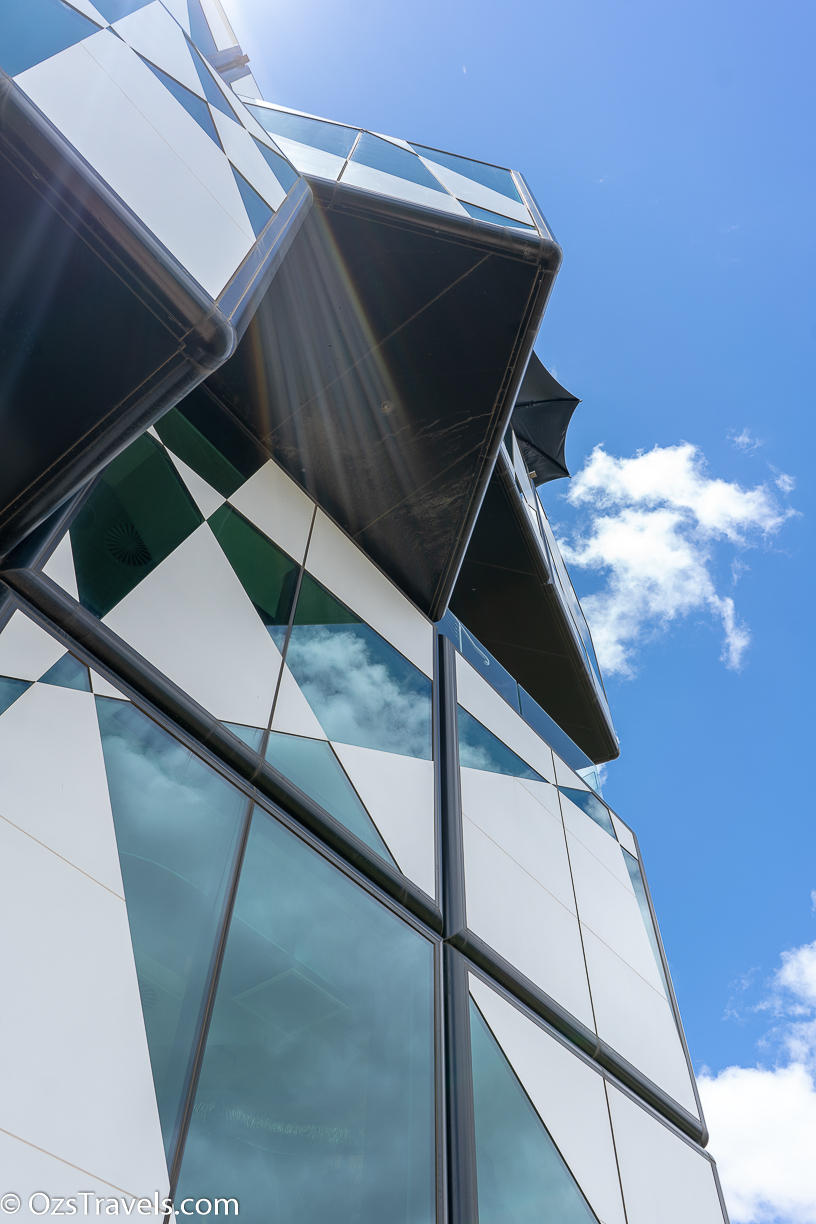 Unfortunately we did not have time to go through the entire experience of the Cube. It is definitely worth the time, effort and dollars to go through from bottom to top. Will definitely be back. 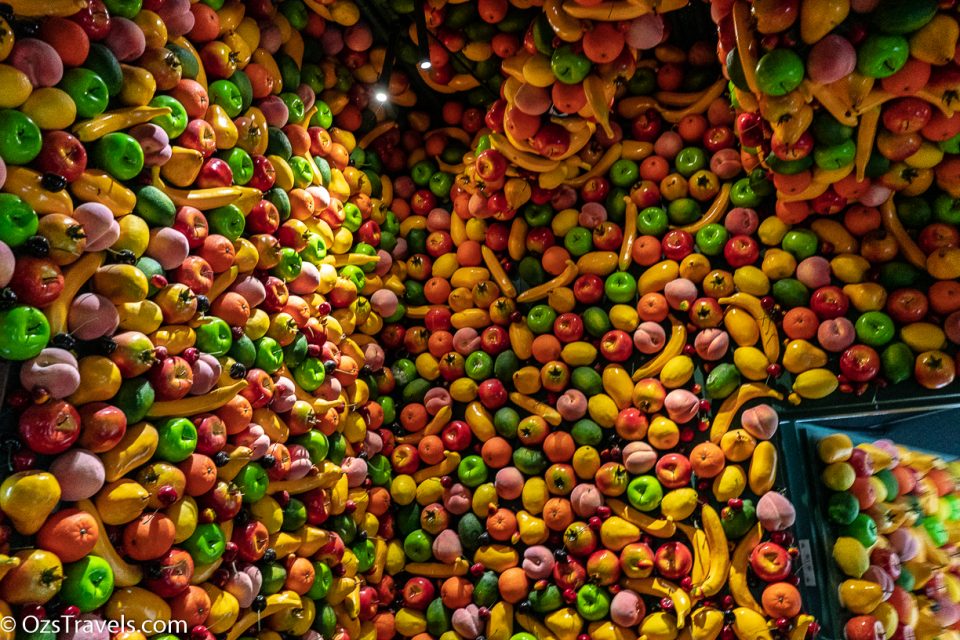 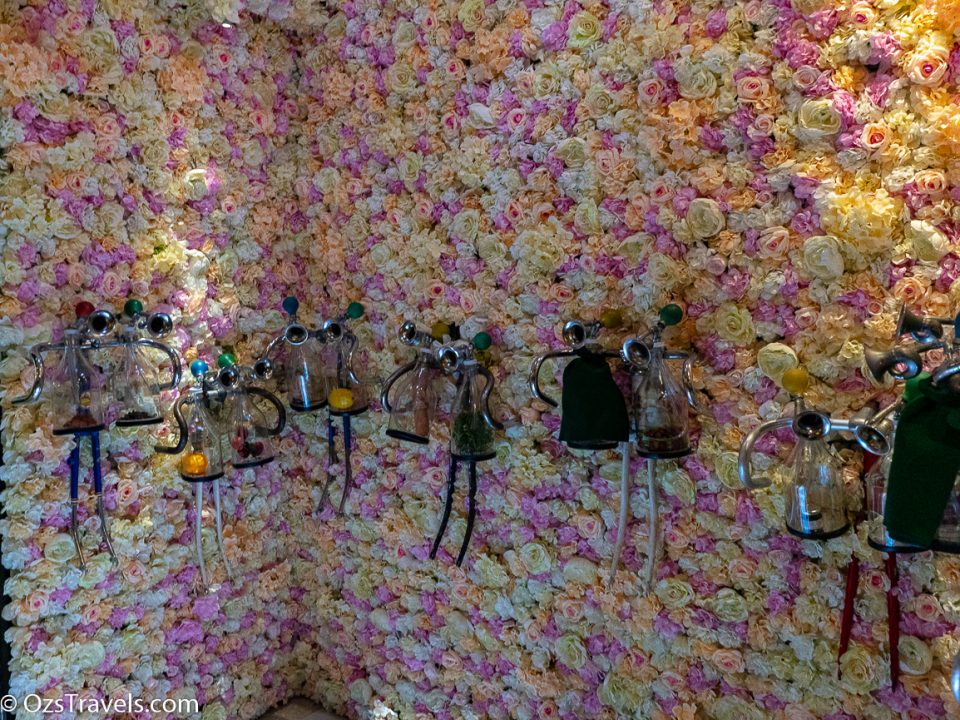 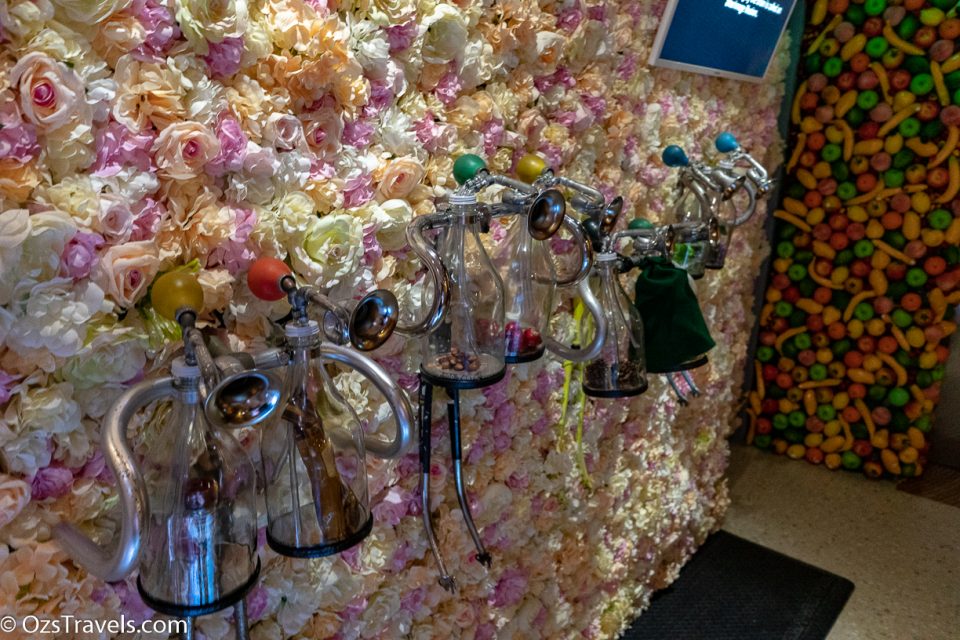 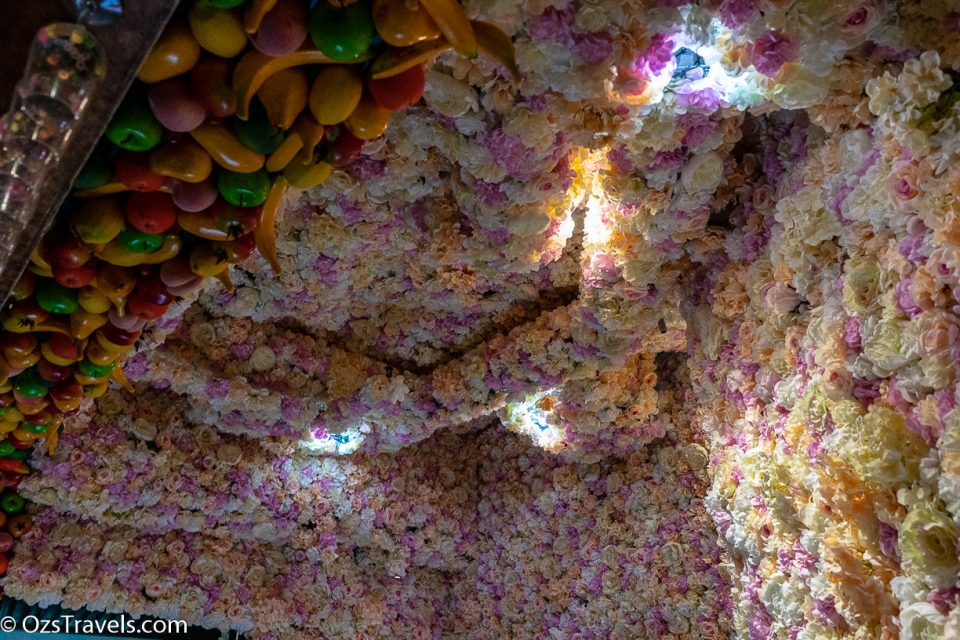 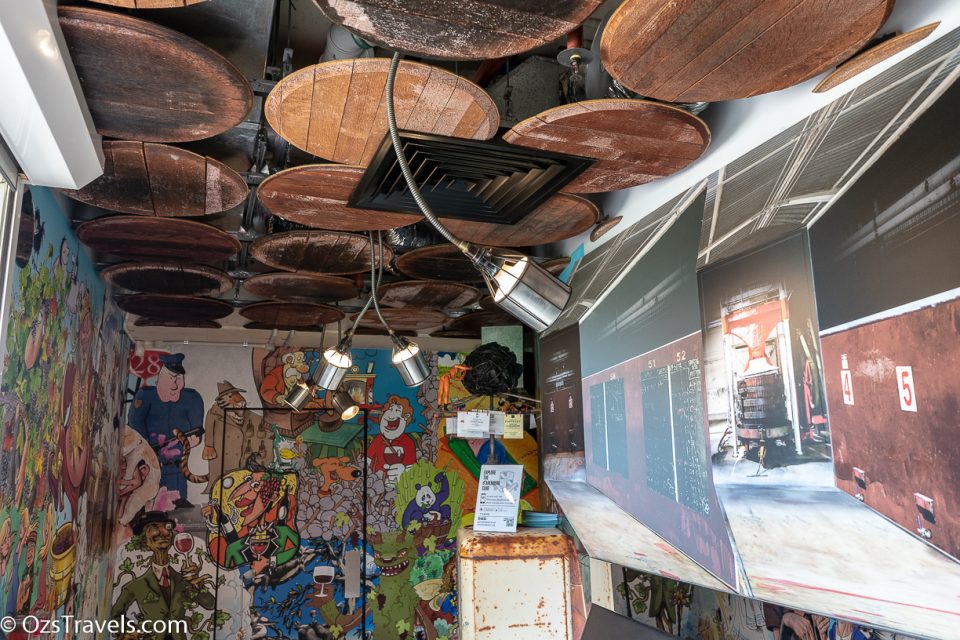 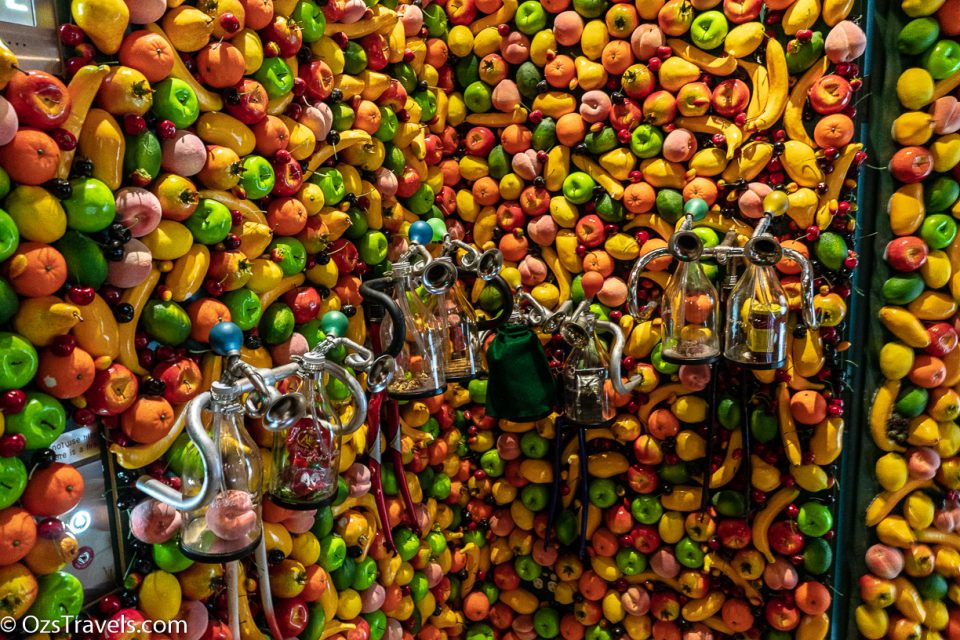 My favourites from this tasting were: 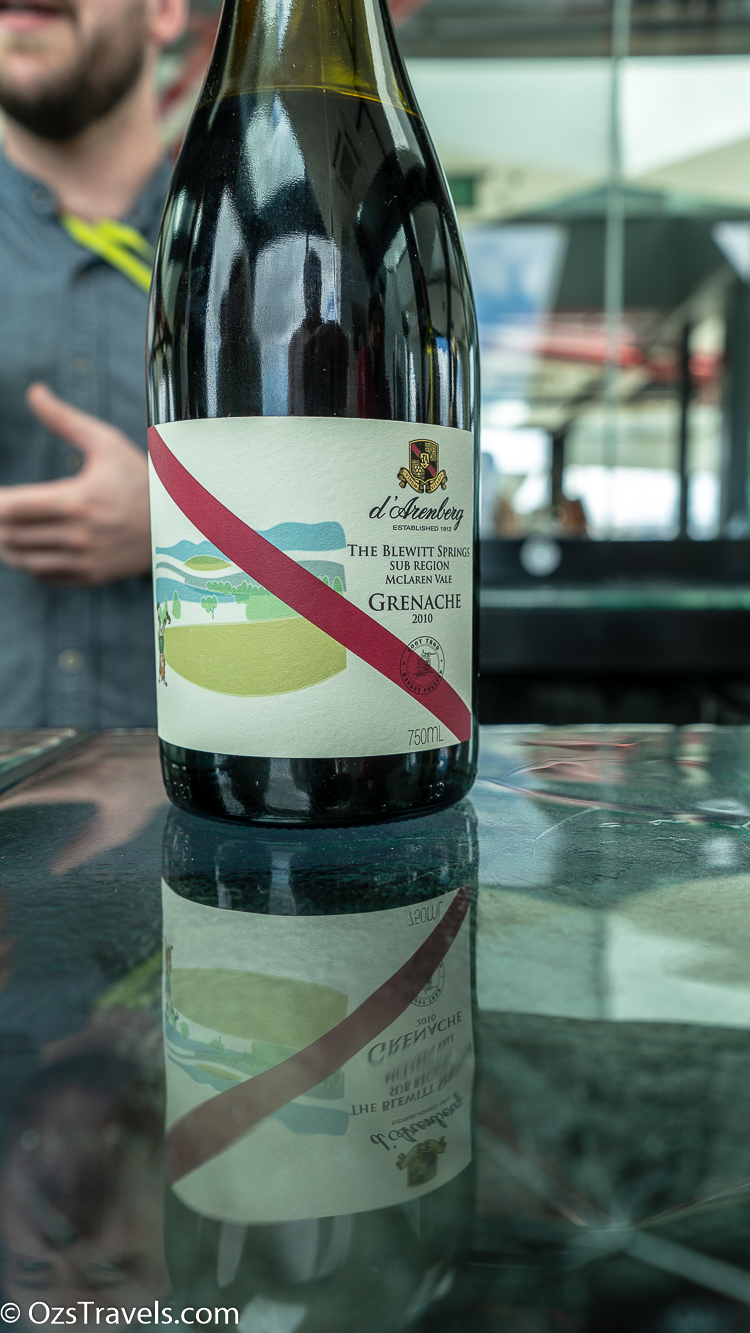 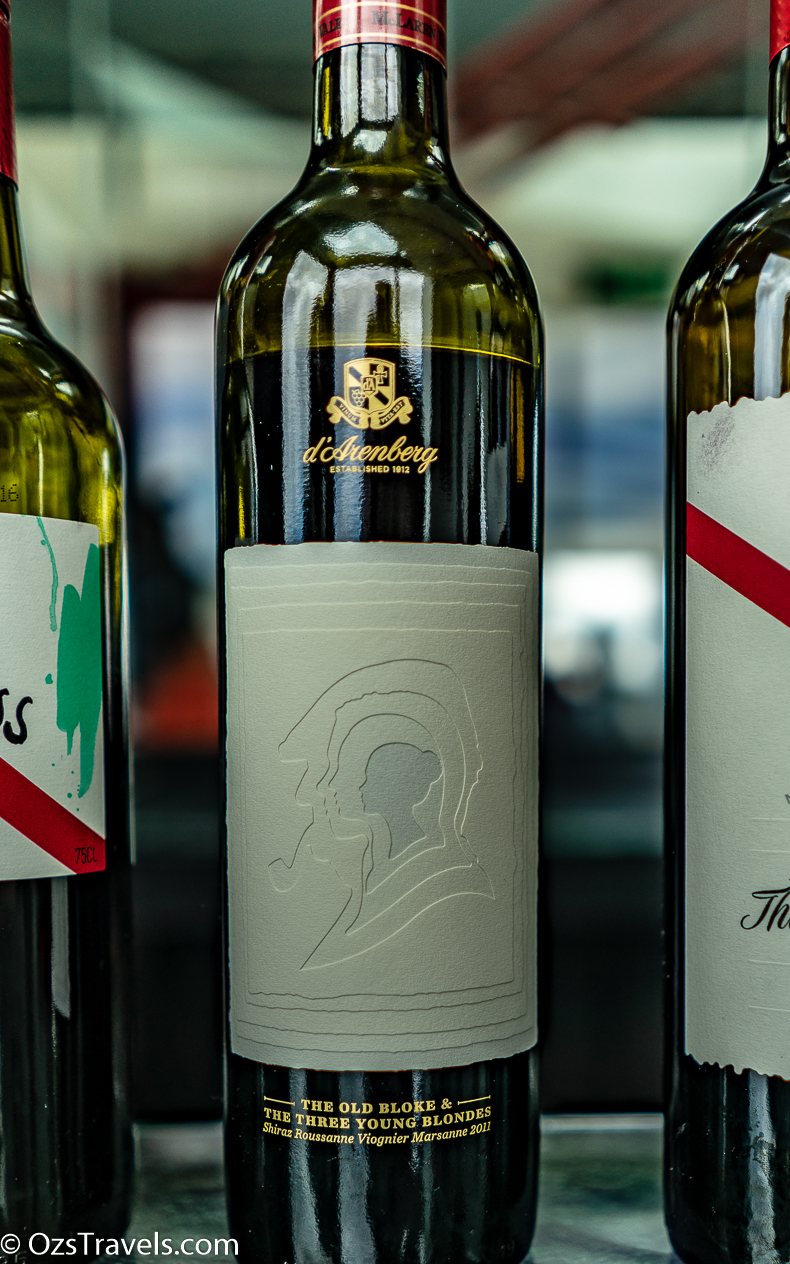 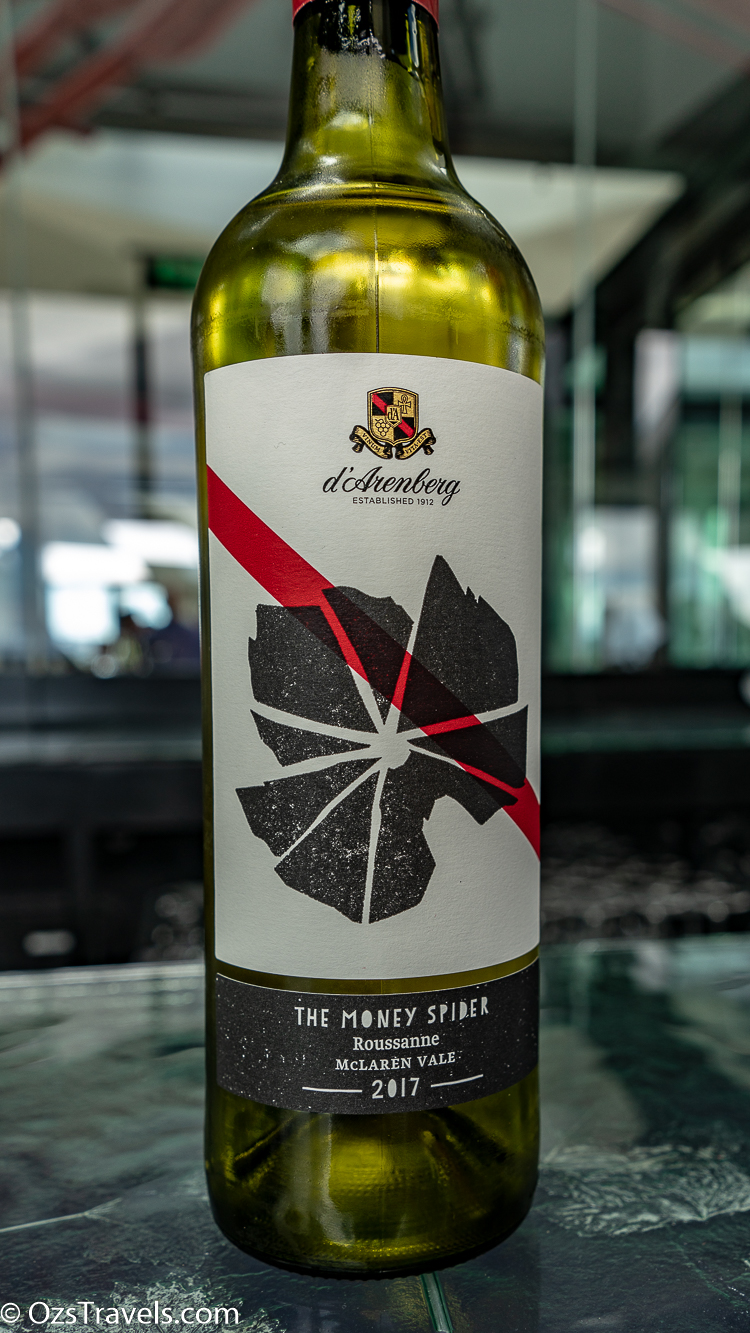 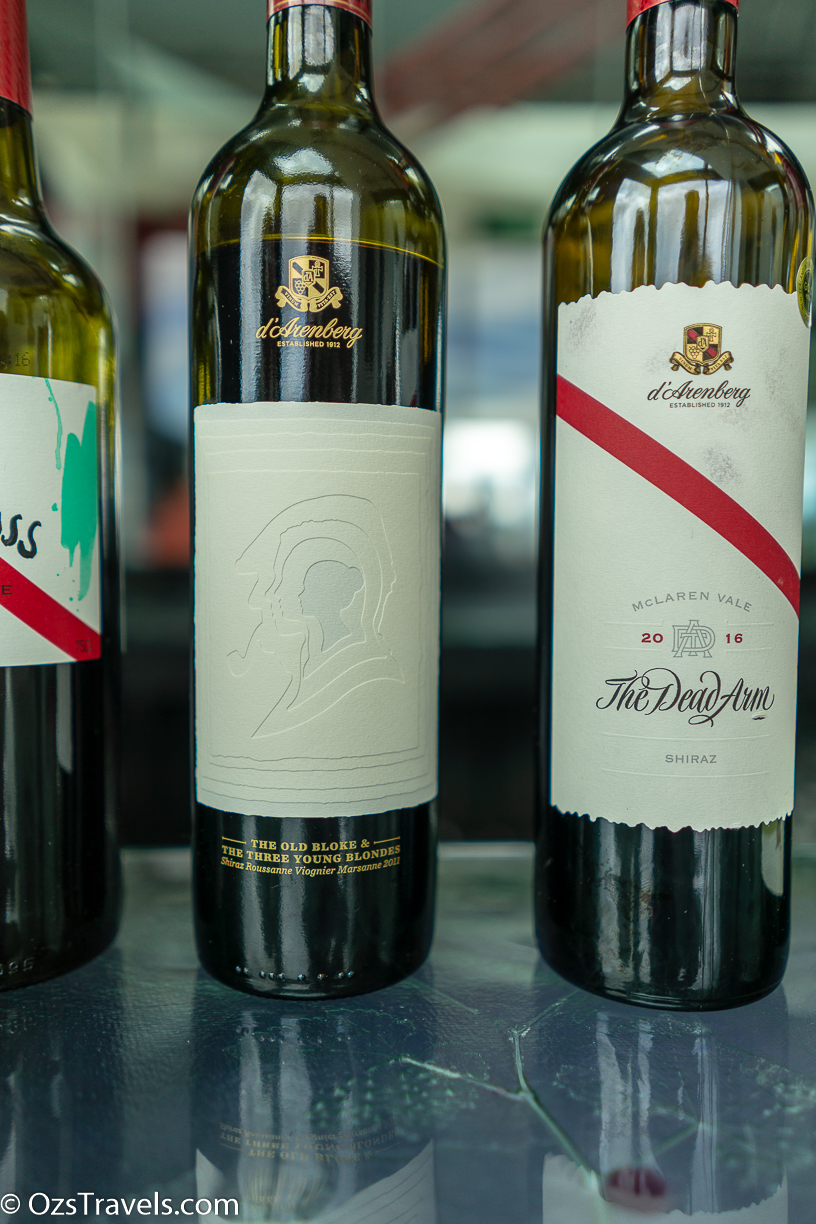 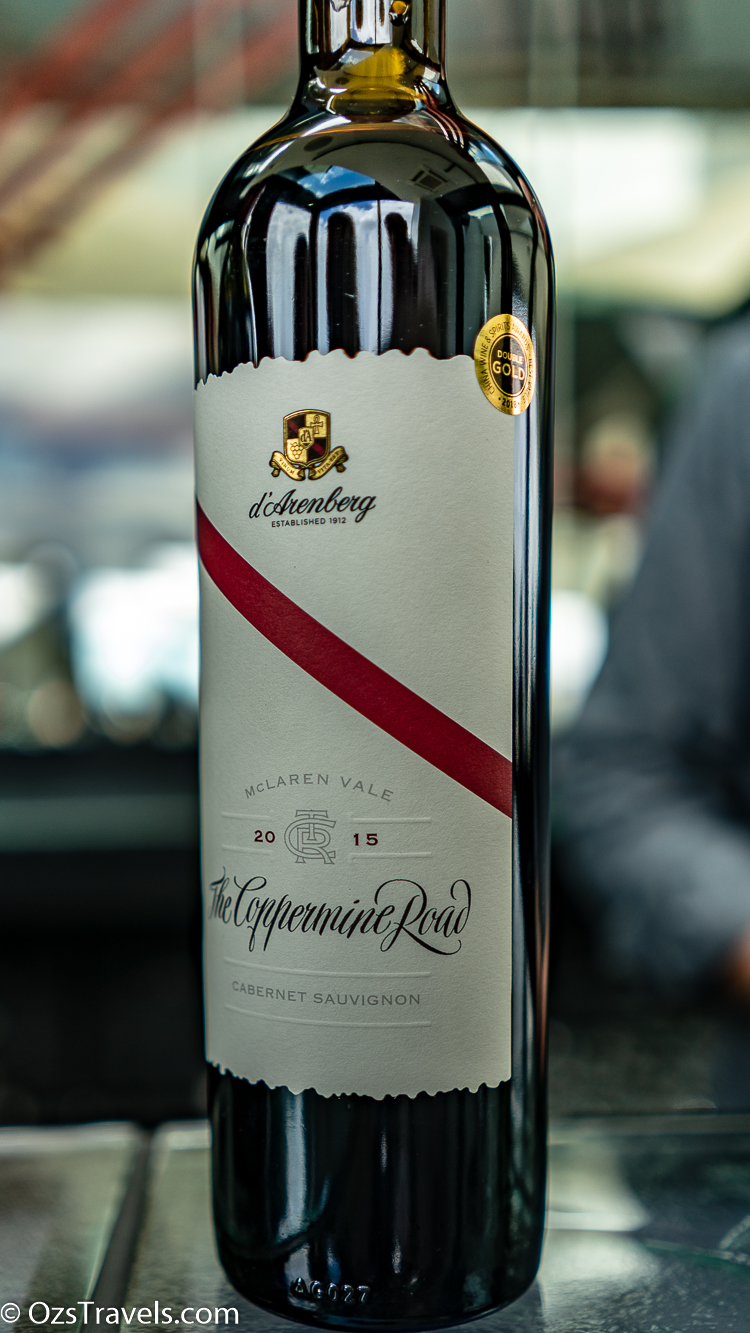 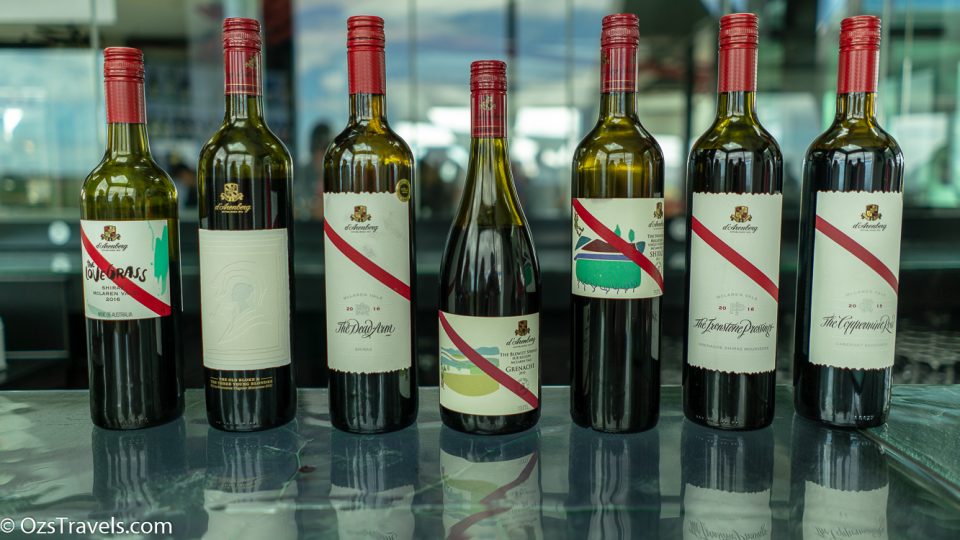 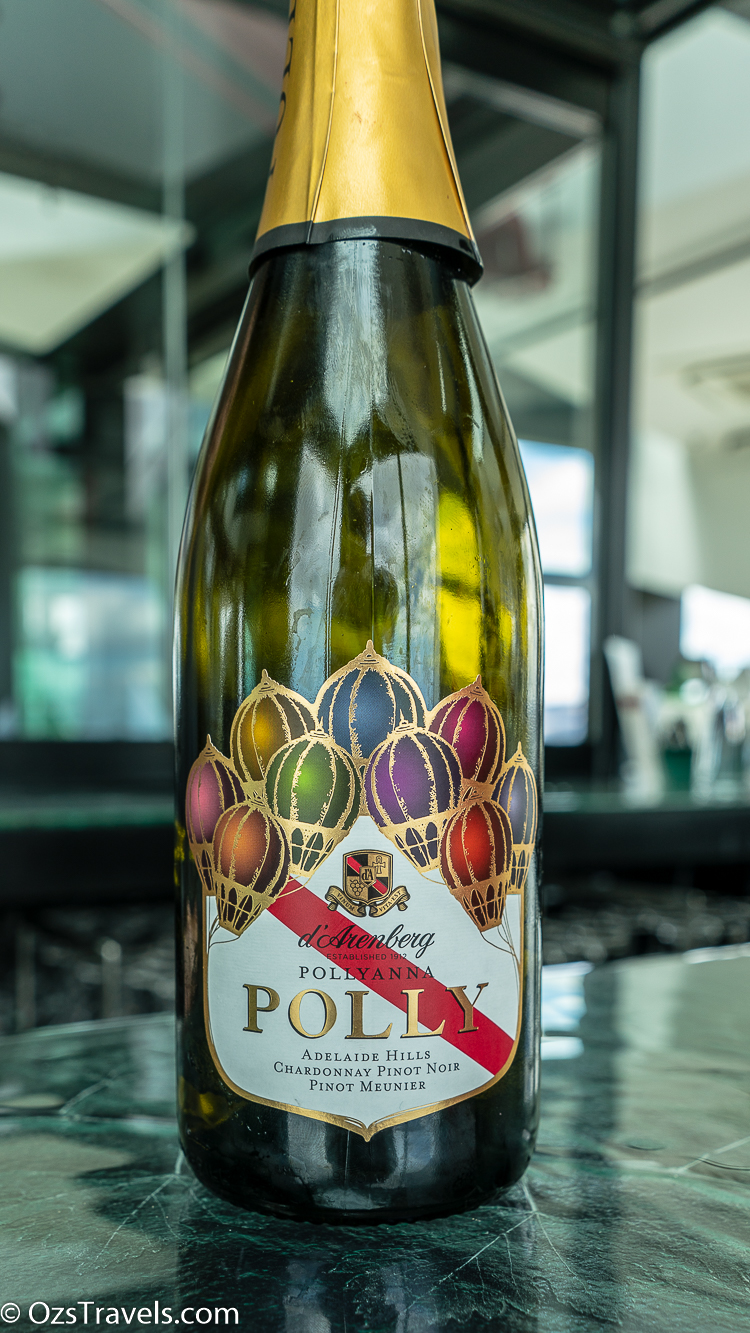 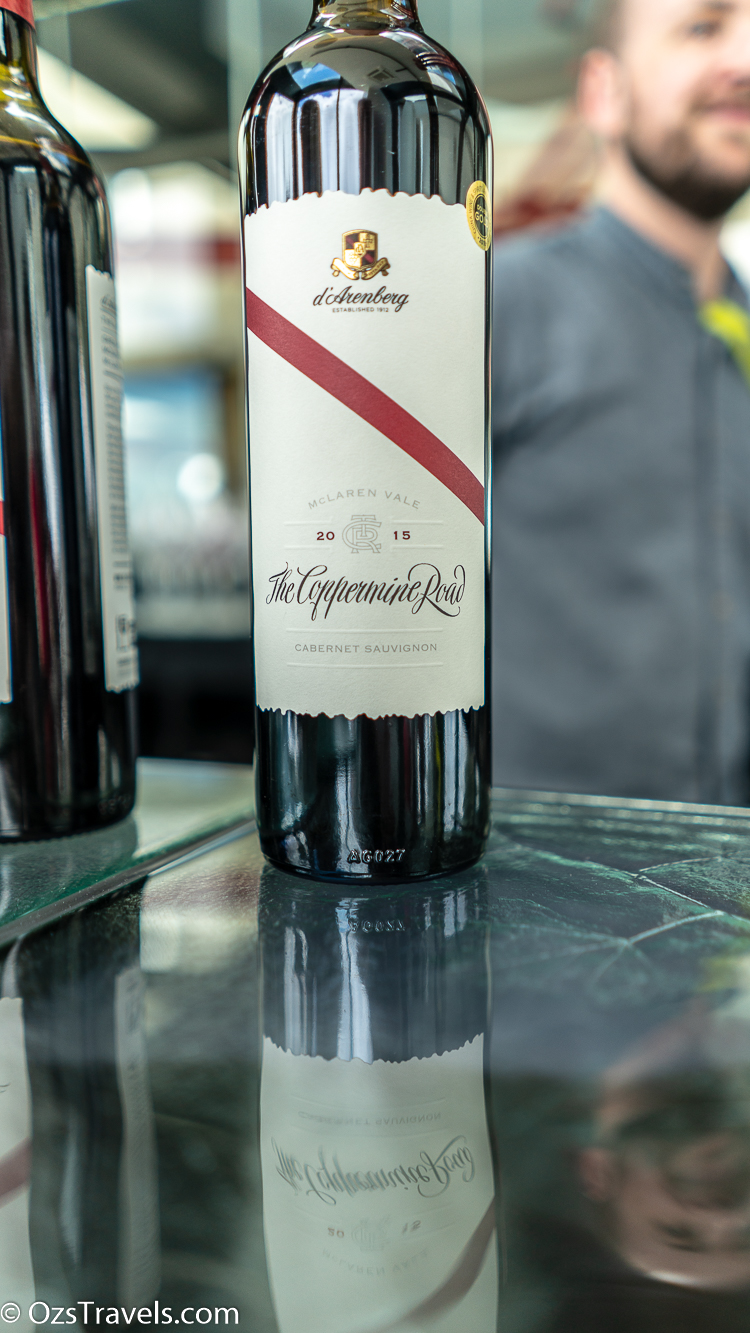 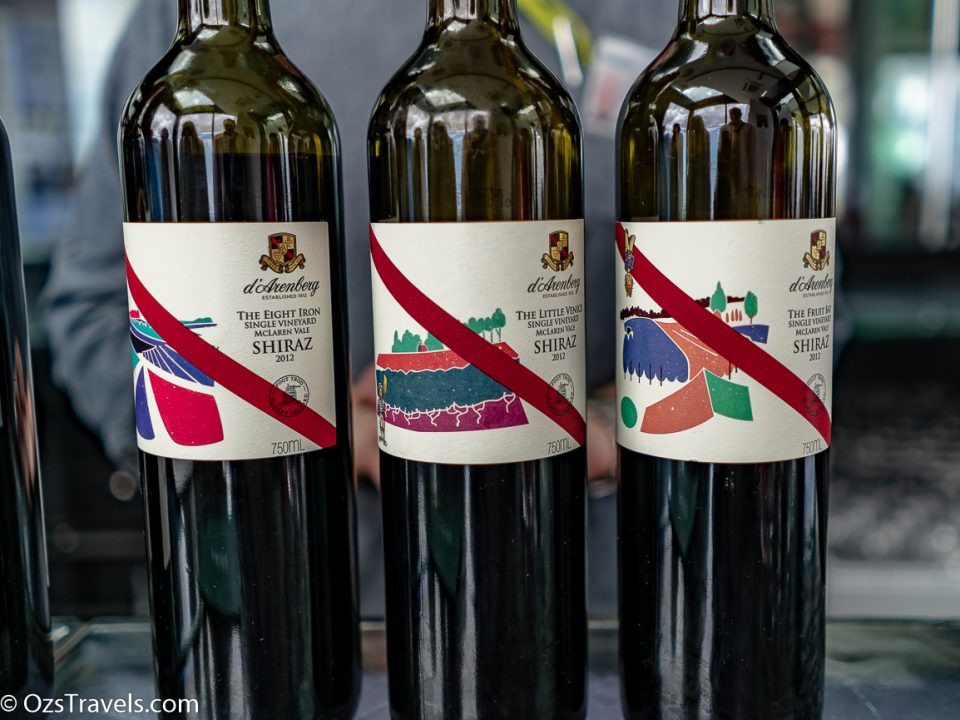 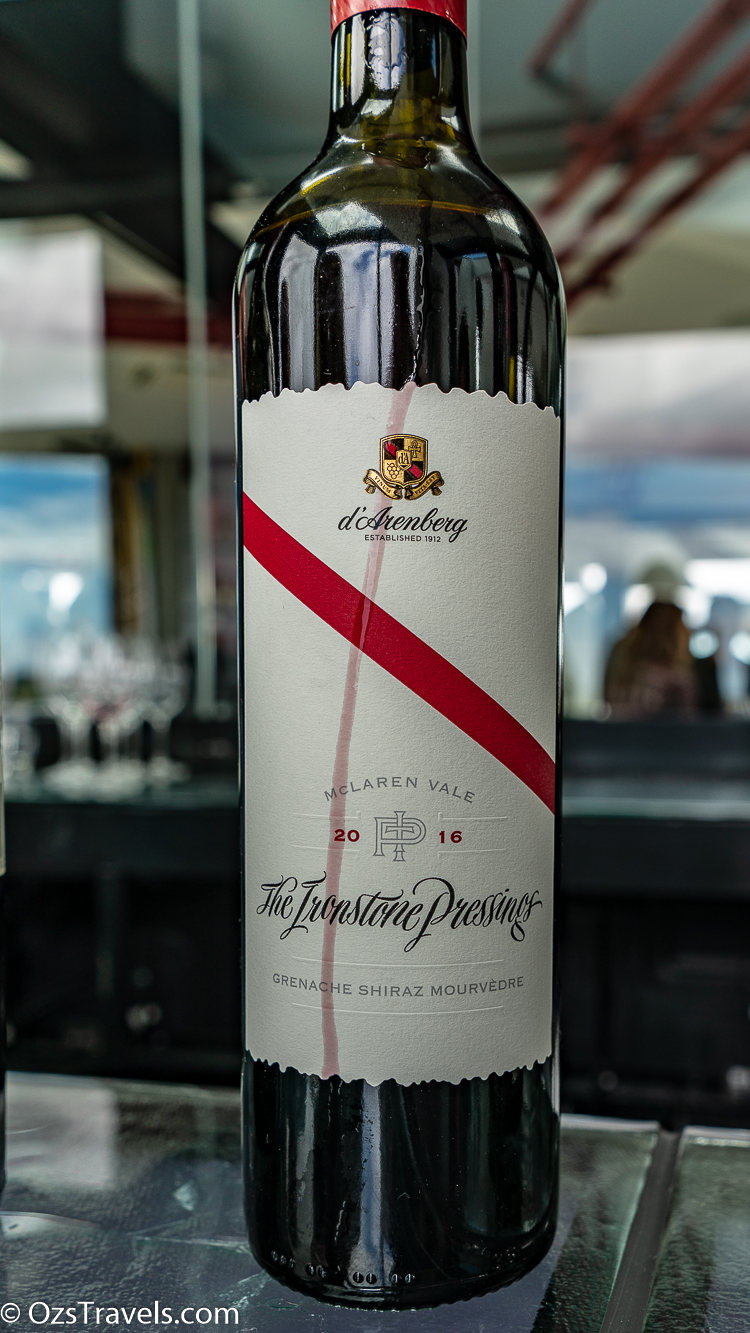 d’Arenberg offers multiple levels of tasting experience, ranging from the entry wines up to their premium wine selection. I would recommend spending the extra for the premium wine flight, that way you can try anything that they have on offer in the tasting room. Also it is a good idea to book, the place does get pretty busy.

If you are looking to have a meal there I have been told it is very good and as you would expect they do wine pairing along with the degaustation menu. Something I will do next time (I hope).

Happy New Year and All the Best for 2019, may there be many more great wines ahead!