Austin Land & Cattle is another haunt for local Austinites, known for its steaks which it has been serving since 1993. Considering I had been in Texas for over a week and I had not had a steak as yet. Time to remedy that.

This would also be my last time, this trip, with my friends Jane and James, so a special night.

Apologies for the poor photos, not sure what I was doing wrong with my camera in the restaurant, probably forgot to check the settings, my bad!

The steak was cooked as I like it, medium rare, and was tender and tasty. 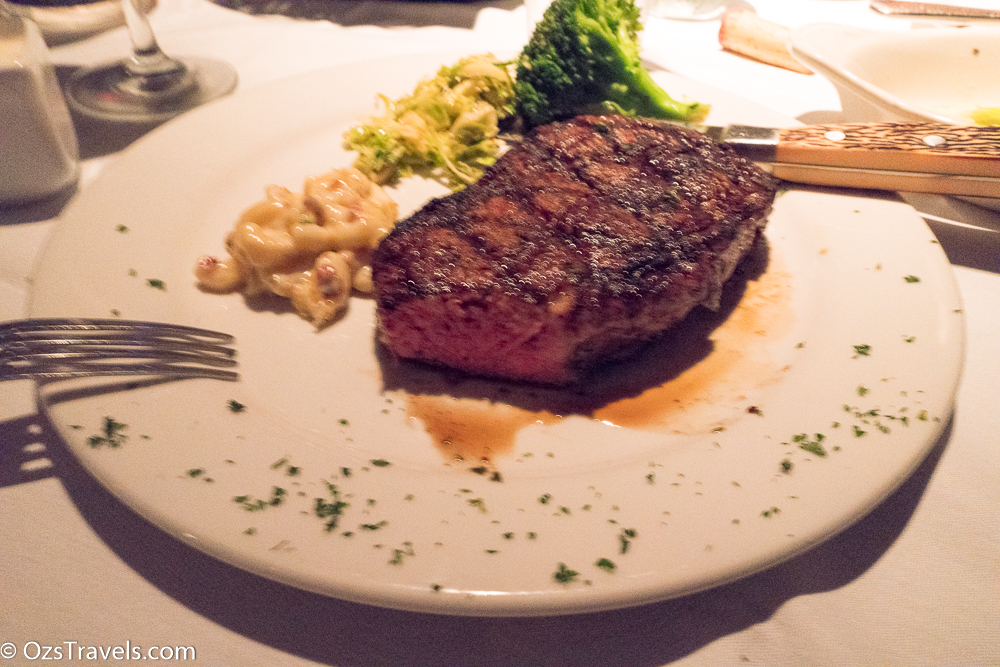 For the wine I chose, with help from the manager, a 2008 Cain Concept-The Benchlands 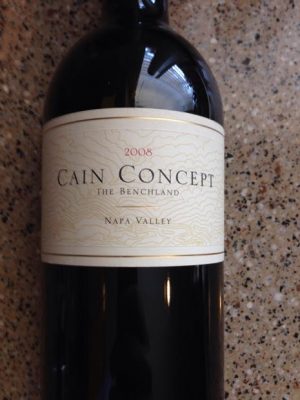 Comment:  A nice choice to pair with the steaks, a Nappa take on a Bordeaux Blend, needs a decant first. This vintage apparently has blended the smallest amount of Cabernet that Cain has ever used

Enjoyed my dinner at Austin Land & Cattle, great food and service, although I would have a more extensive wine list, but that is me! Would definitely eat there again if I had the chance.

Next up 6th Street at night.