On 17 Oct 2017 I attended the Gaig & Gramona dinner with the infamous Robert Rees of Wine Exchange Asia at Gaig Singapore. The dinner was a special event as Carles Gaig was in Singapore from Barcelona. 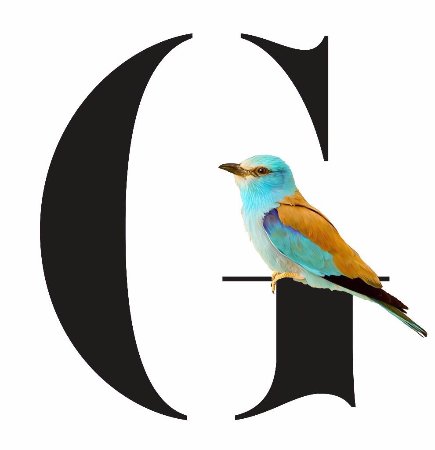 Carles Gaig’s family has been in the restaurant business with Taberna d’en Gaig since 1869, he took over the business in the 1970’s from his mother. In 1989, after a renovation of the restaurant, Taberna d’en Gaig was renamed Restaurant Gaig, which won a Michelin Star in 1993. Carles himself was named the Best Chef of 1999 by the Real Academia de Gastronomia. In 2004 they closed Restaurant Gaig and opened a new restaurant called Gaig within the Hotel Cram, they also found time in the same year to win the Academia Catalana de Gastronomia’s Best Restaurant of the Year award. 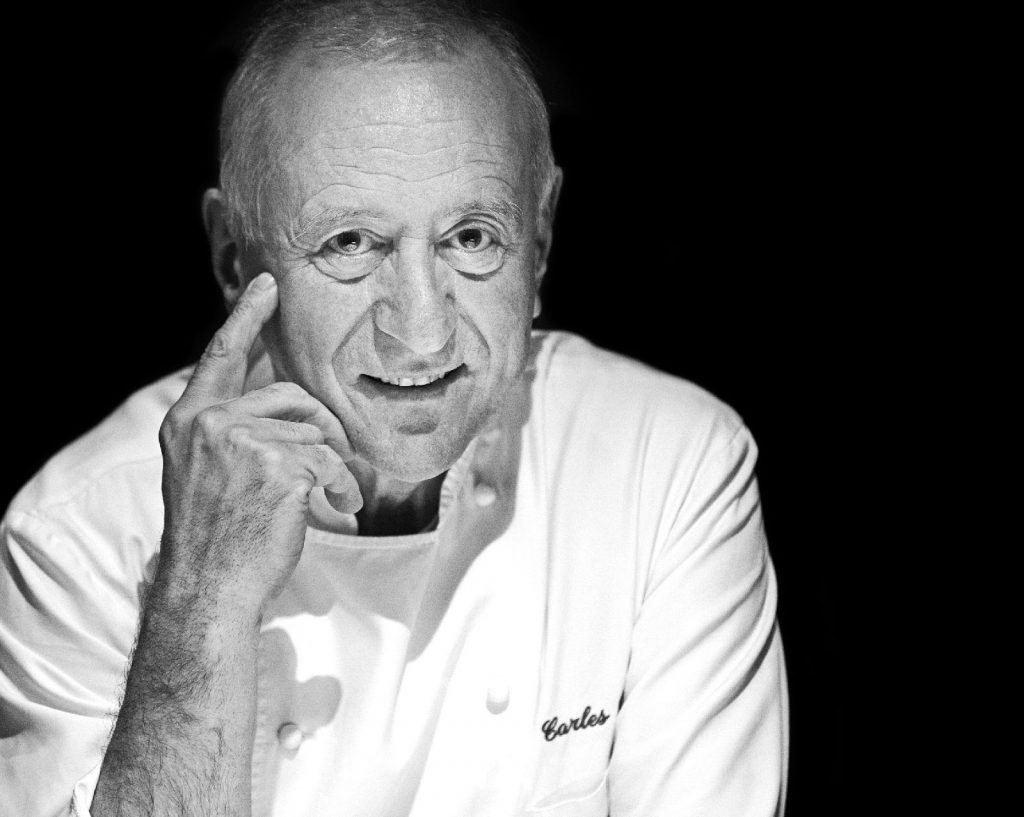 In 2015 Gaig decided to try their luck with a restaurant in Singapore called La Ventana, which I have enjoyed a number of great meals at. In 2017 they moved from La Ventana to Gaig Singapore in Stanley Street, which I really like, especially as it is 2 blocks from my office. The Singapore outpost of Gaig is run by Núria , Carles’ daughter, she does a fantastic job, ensuring that everyone who is lucky enough to dine at Gaig has a very enjoyable visit.

Tuna and watermelon tartar with its dashi broth 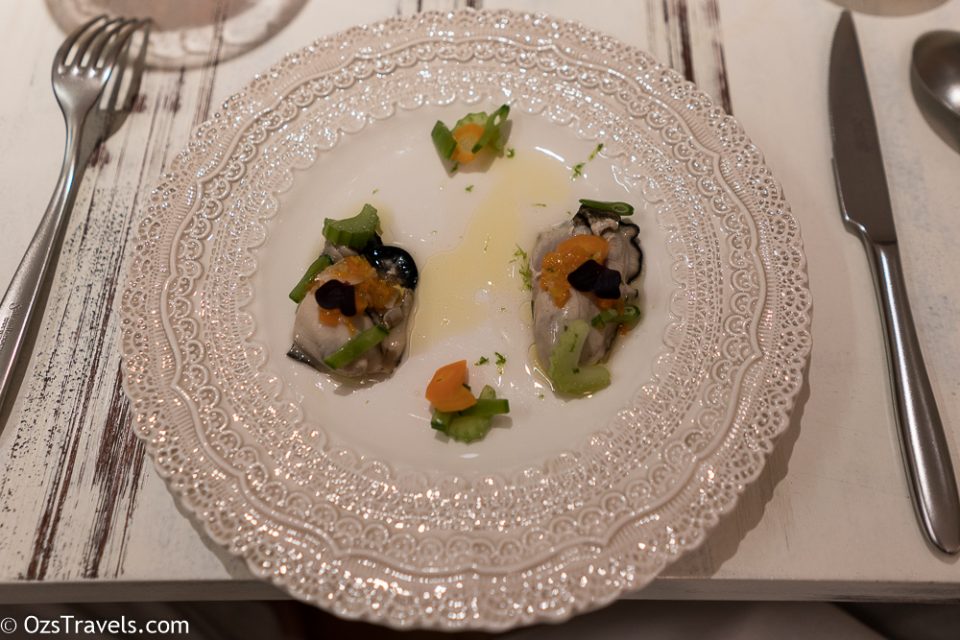 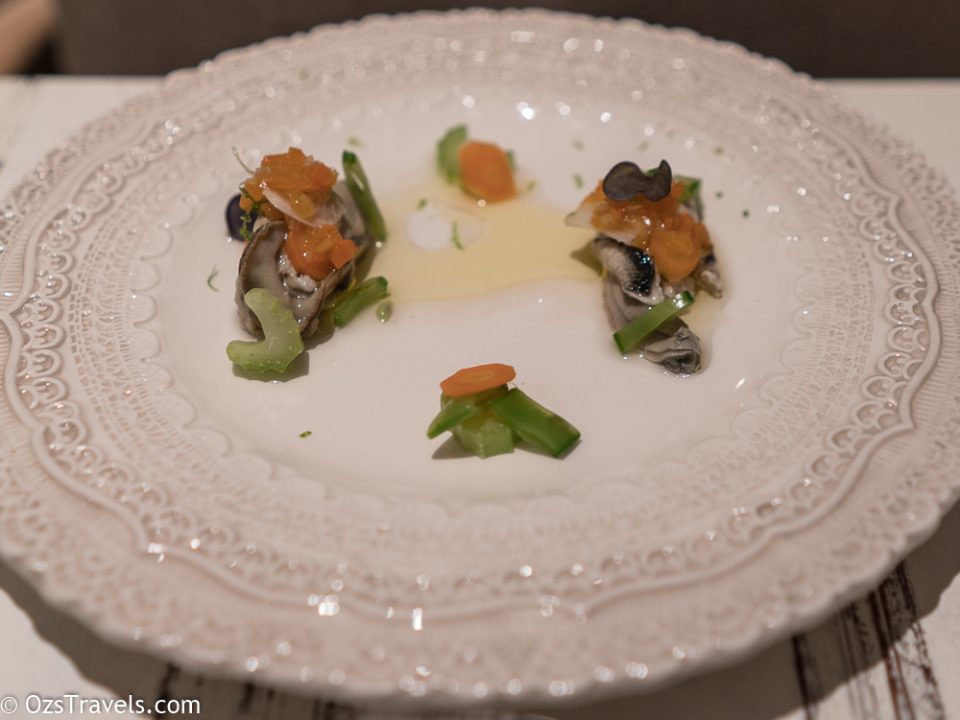 The pickle was light, enhancing the flavour of the oysters, but without any “fishyness”. Great start to the meal. 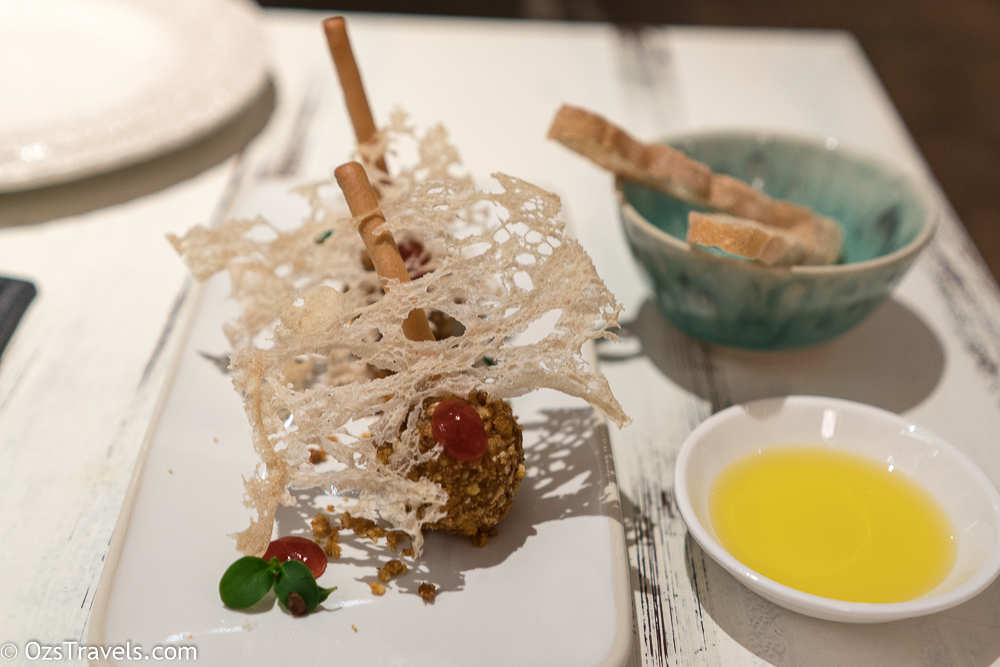 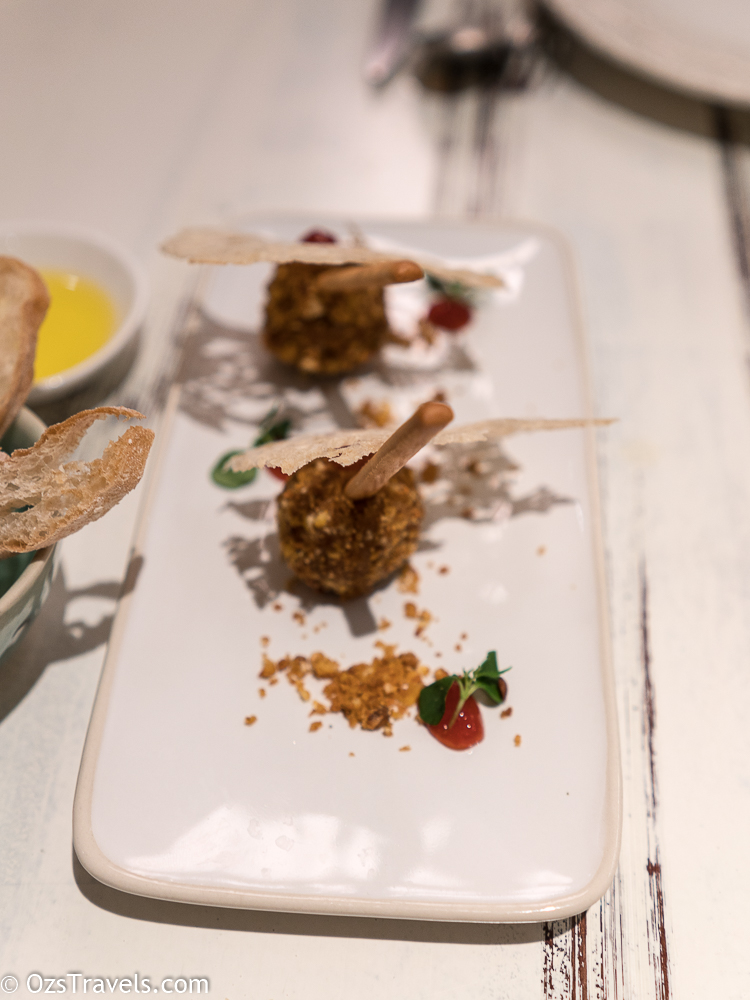 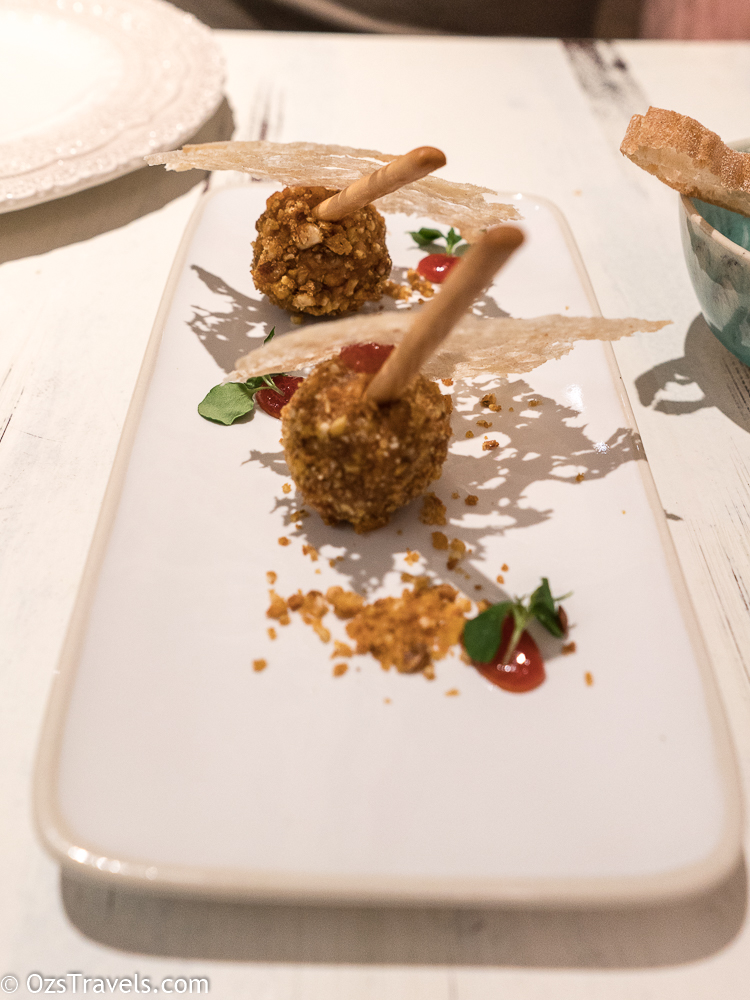 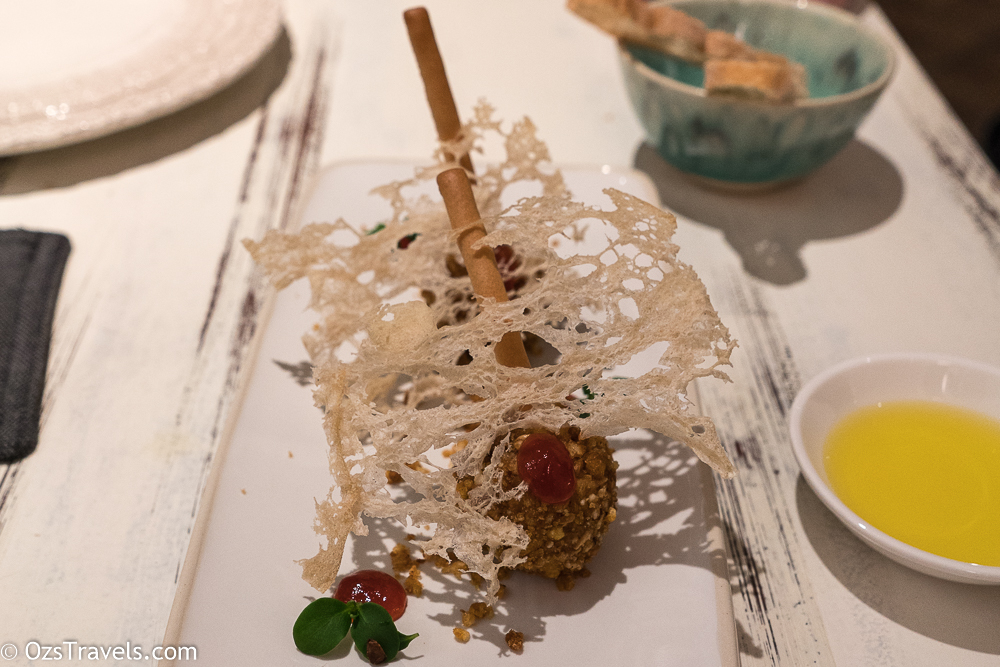 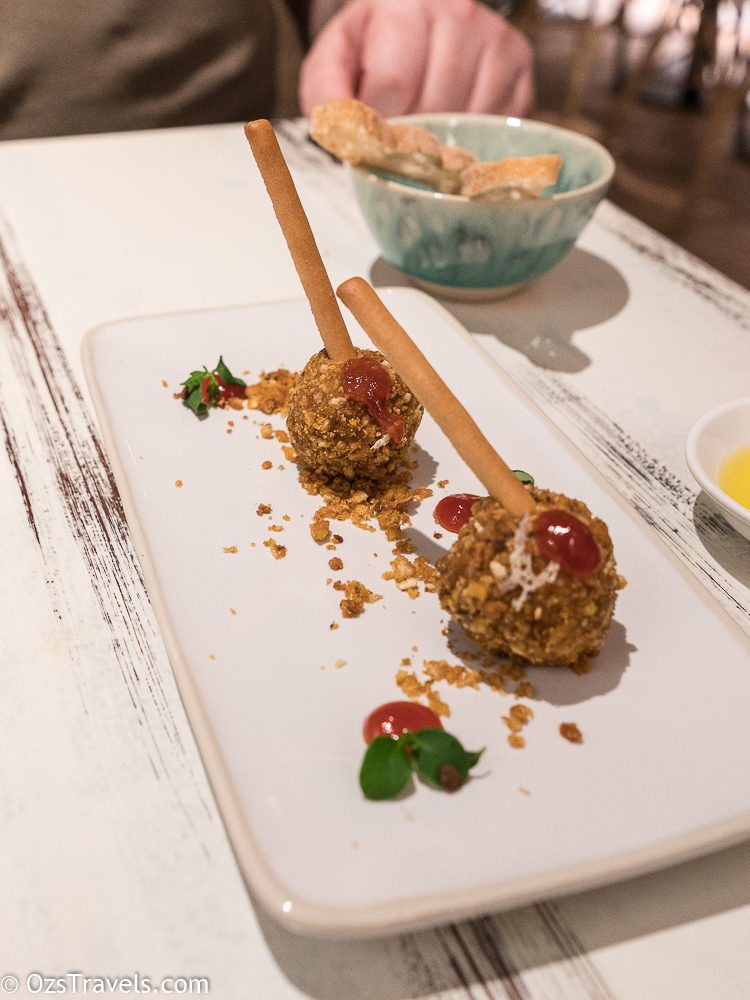 The combination of the foie gras and corn was inspired, lots of flavour and I really liked the crunch and texture that the corn added. Probably the best foie gras I have had.

Tuna Tuna and watermelon tartar with its dashi broth. 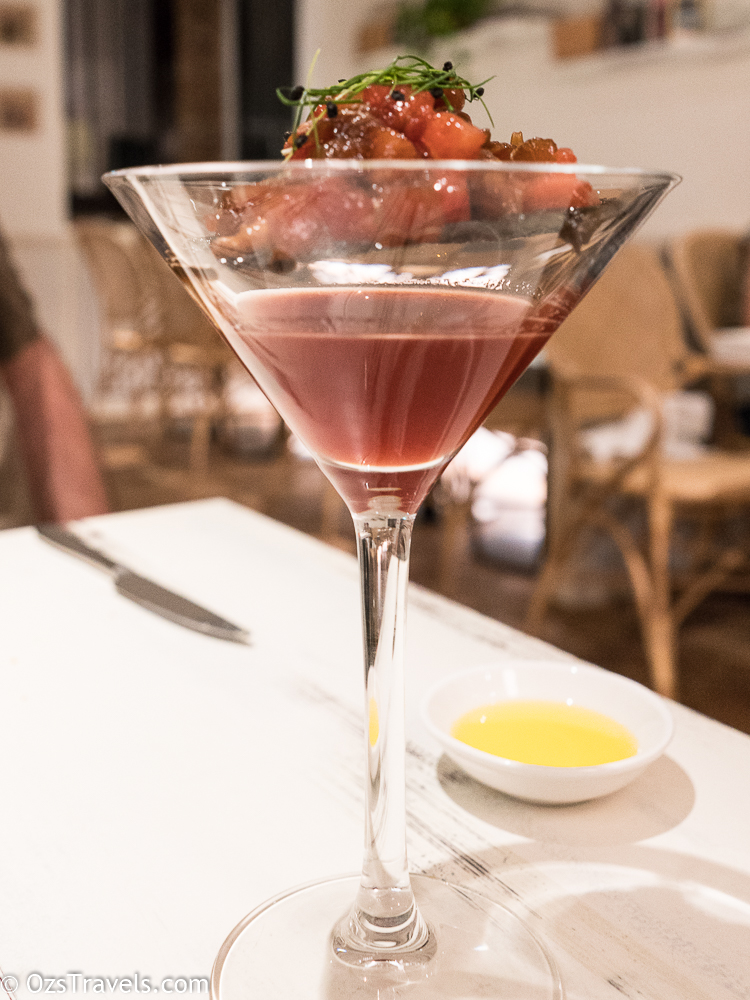 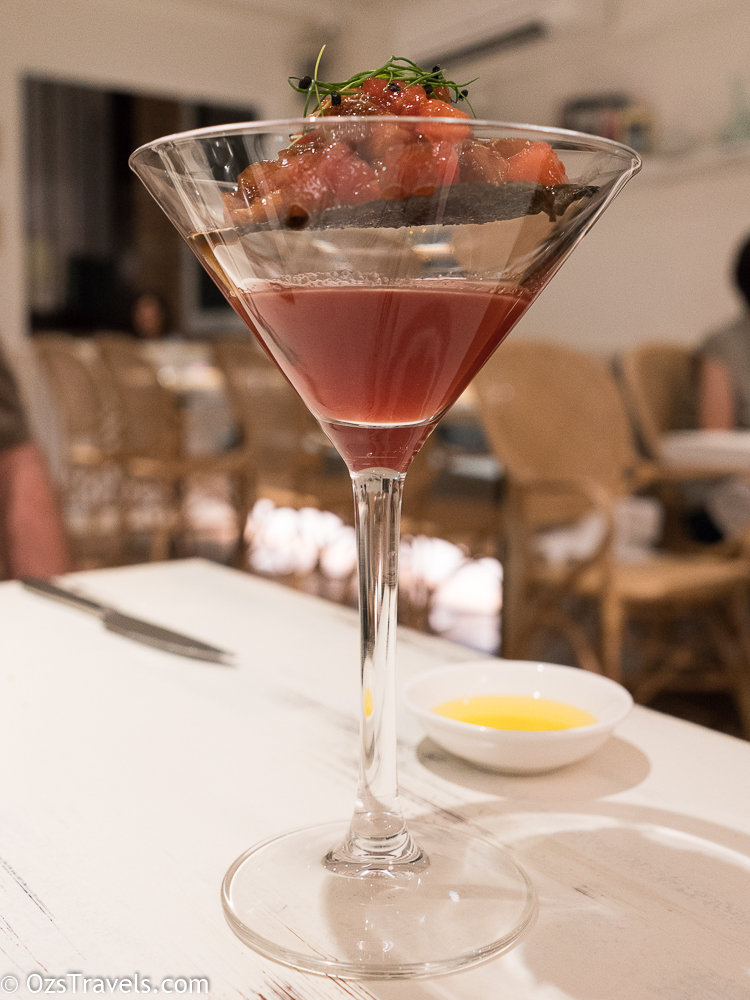 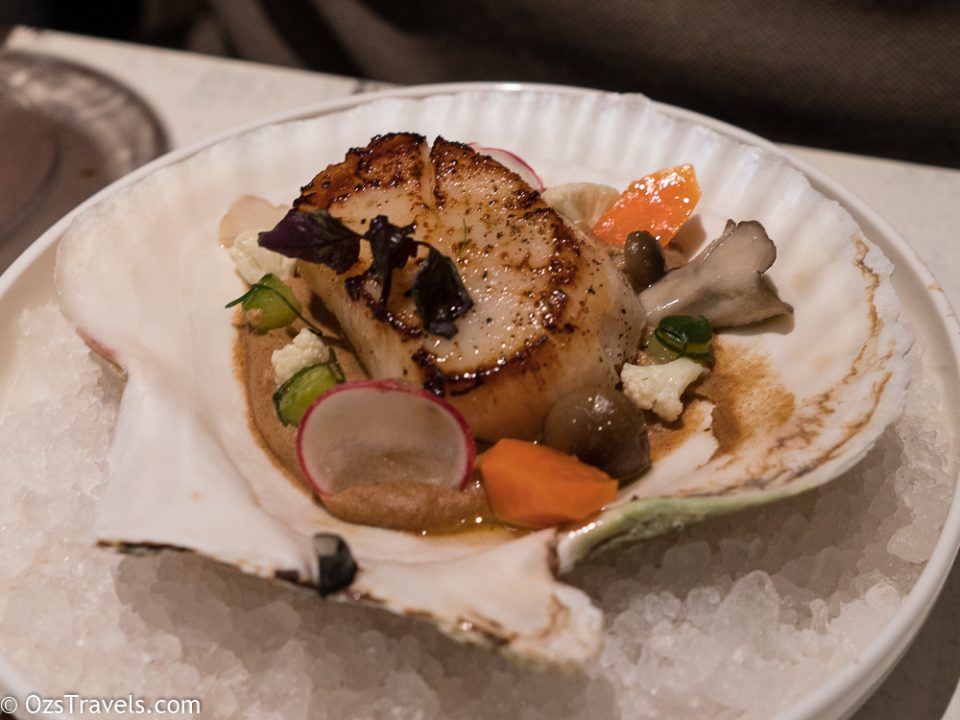 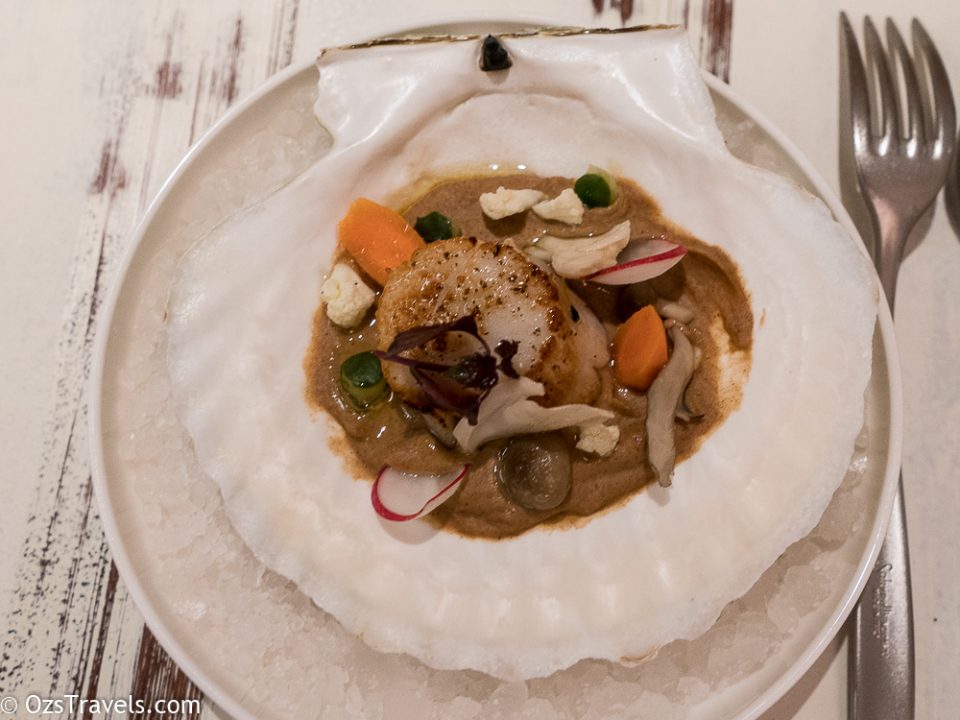 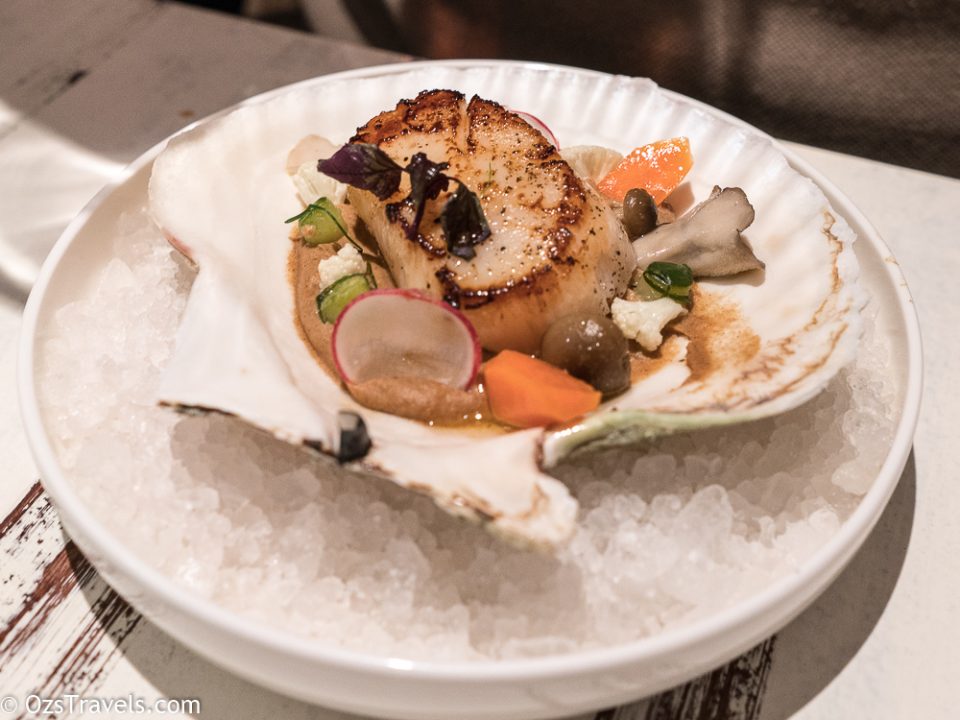 Another amazing dish, loved the mix of flavours. Dinner just keeps on improving. 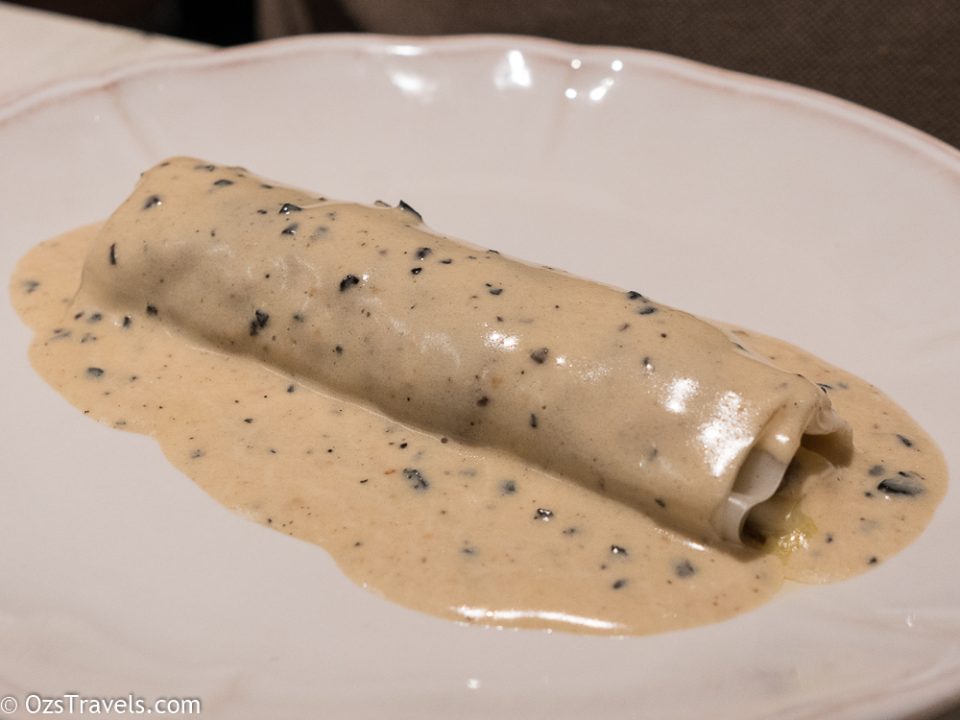 More awesomeness. I usually have the cannelloni with meat, but might have to reconsider my choice the next time I am at Gaig. Another great mix of textures and mix. This was shaded by the scallops. 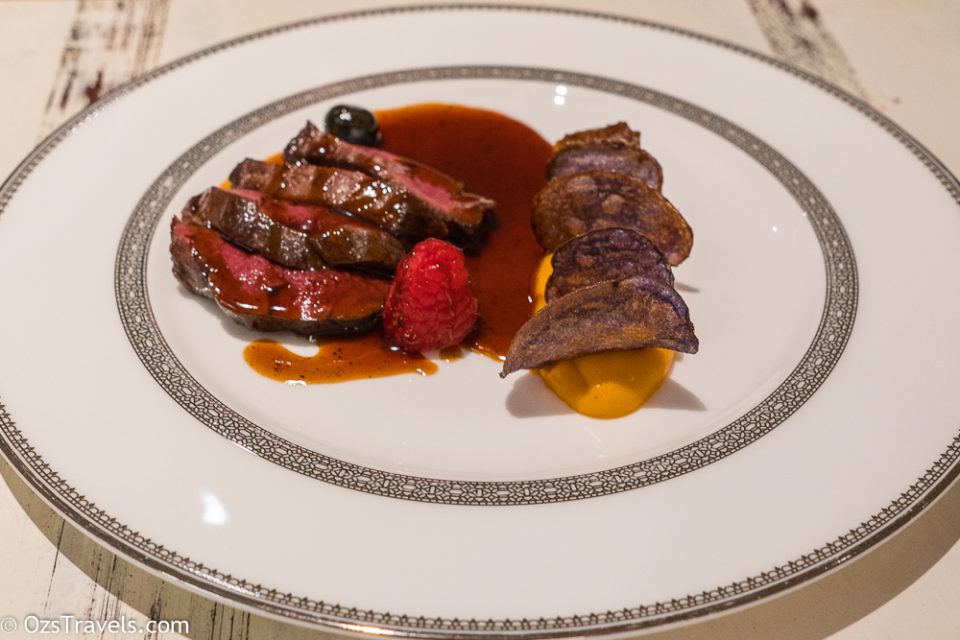 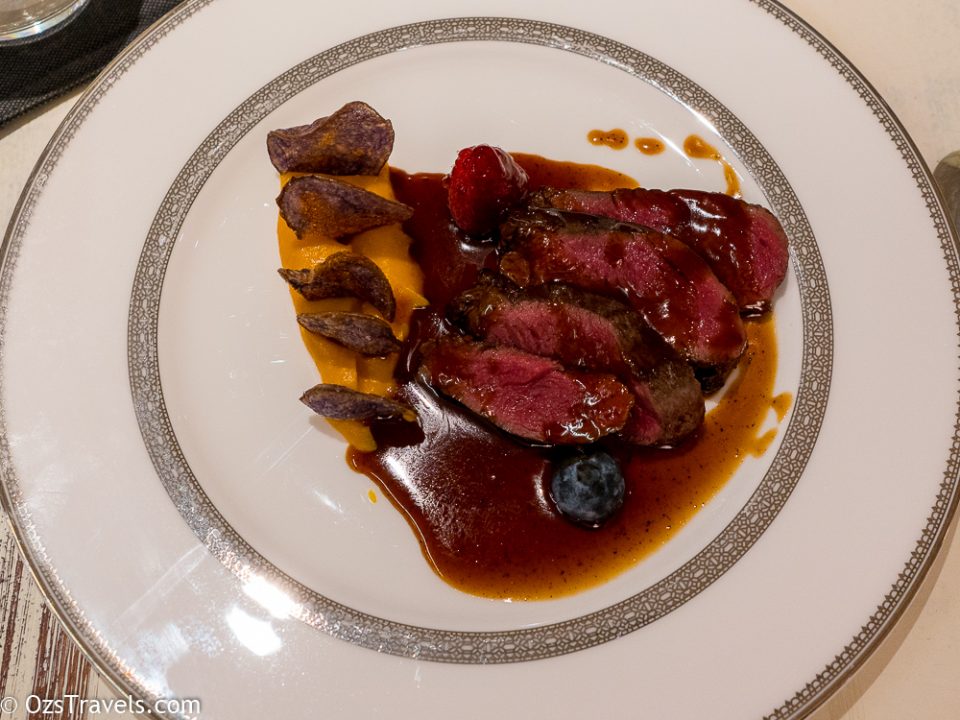 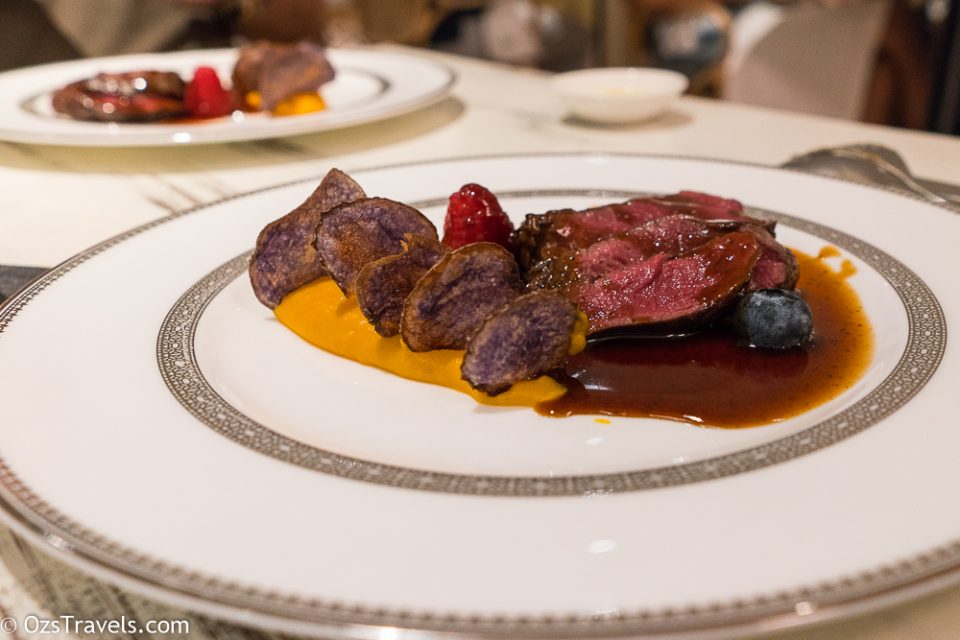 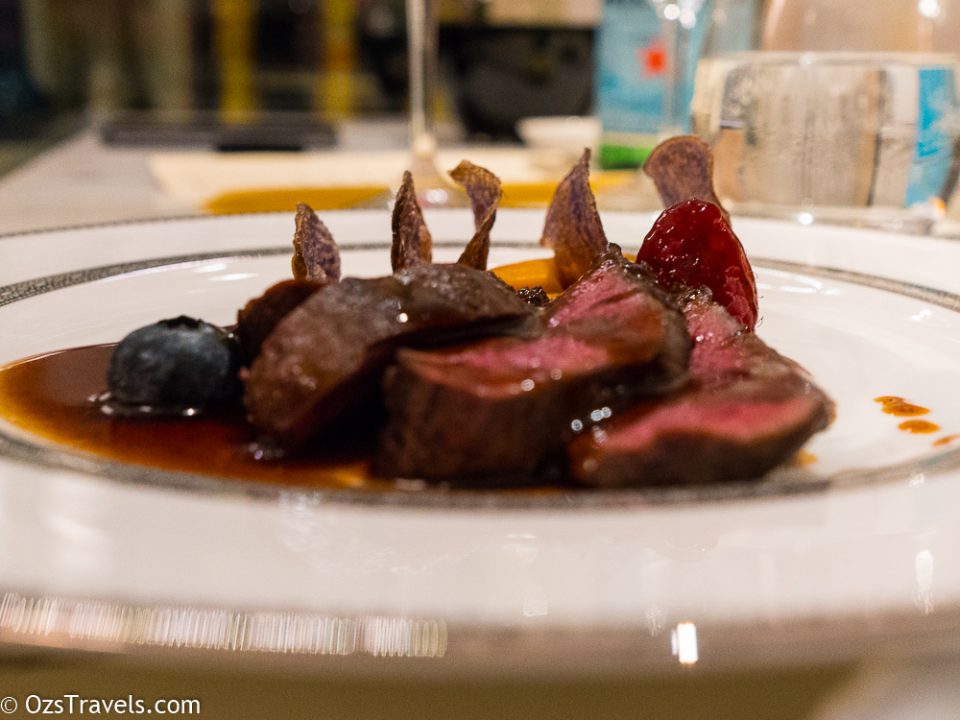 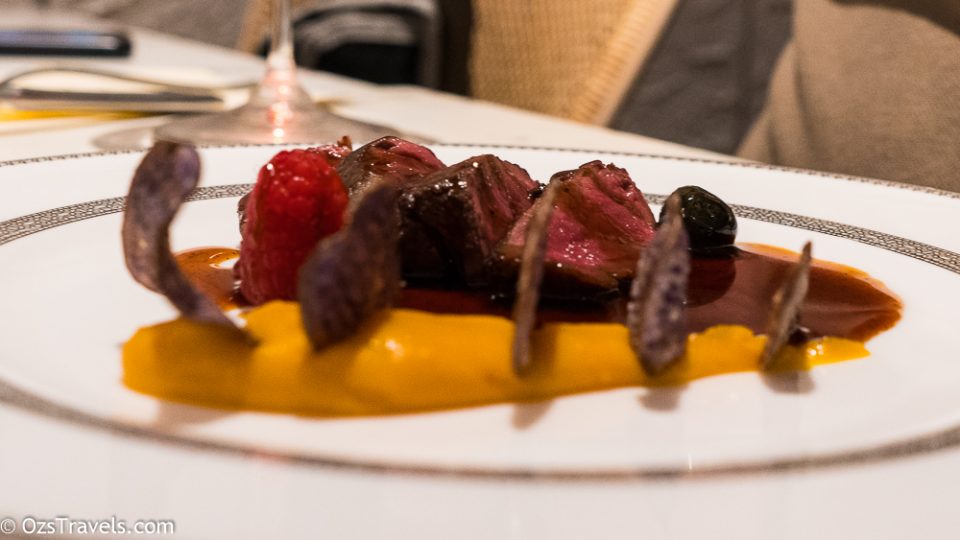 This was the best dish of the lot, go the Kiwi deer in the headlights. I think that the pepper had been smoked, the deer was cooked perfectly, medium rare, on a bed of sweet potato mash. 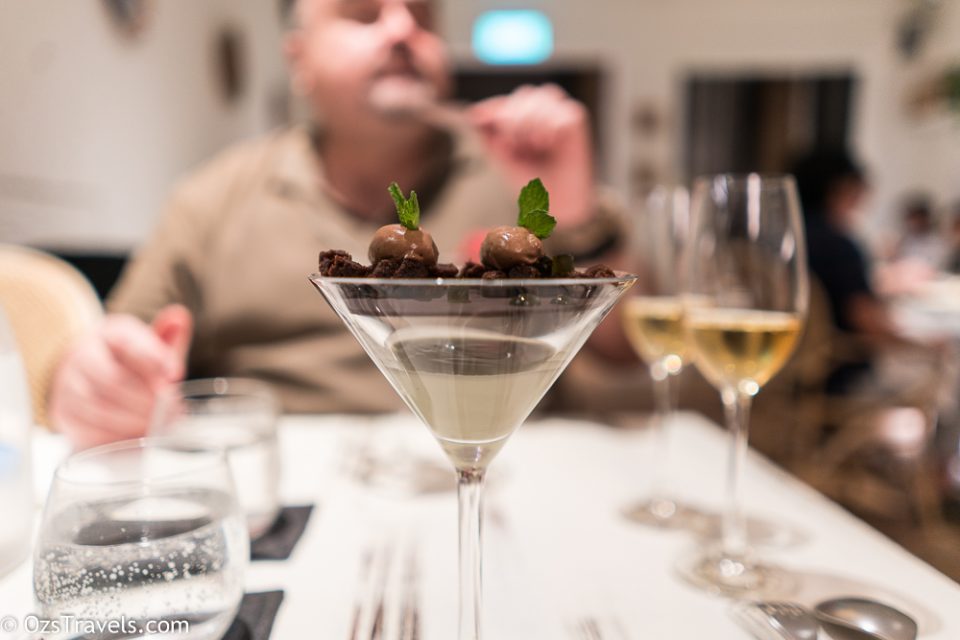 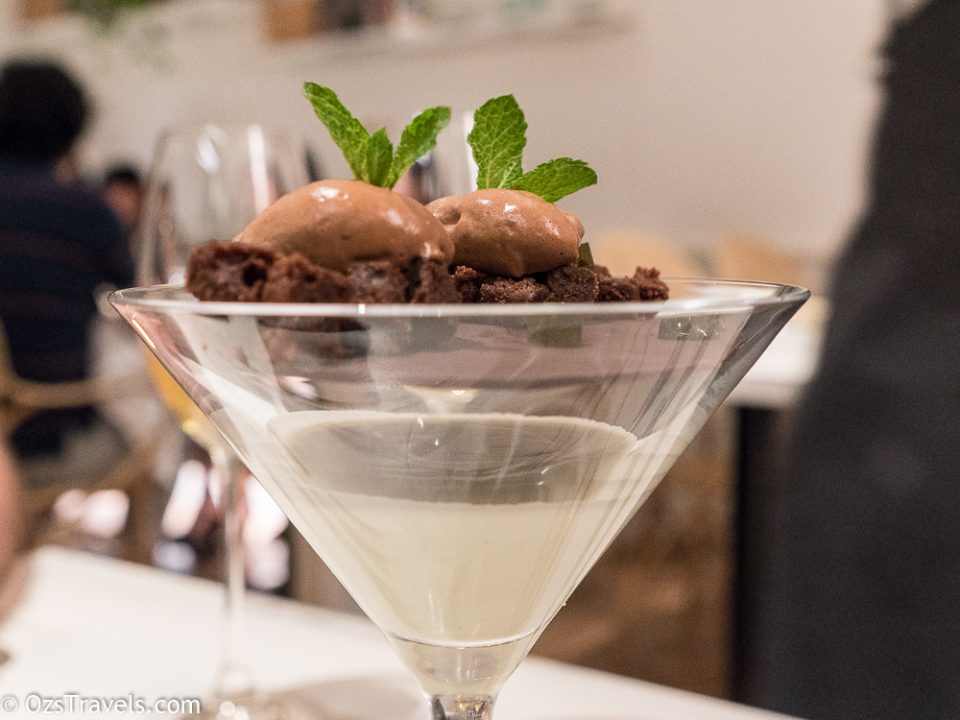 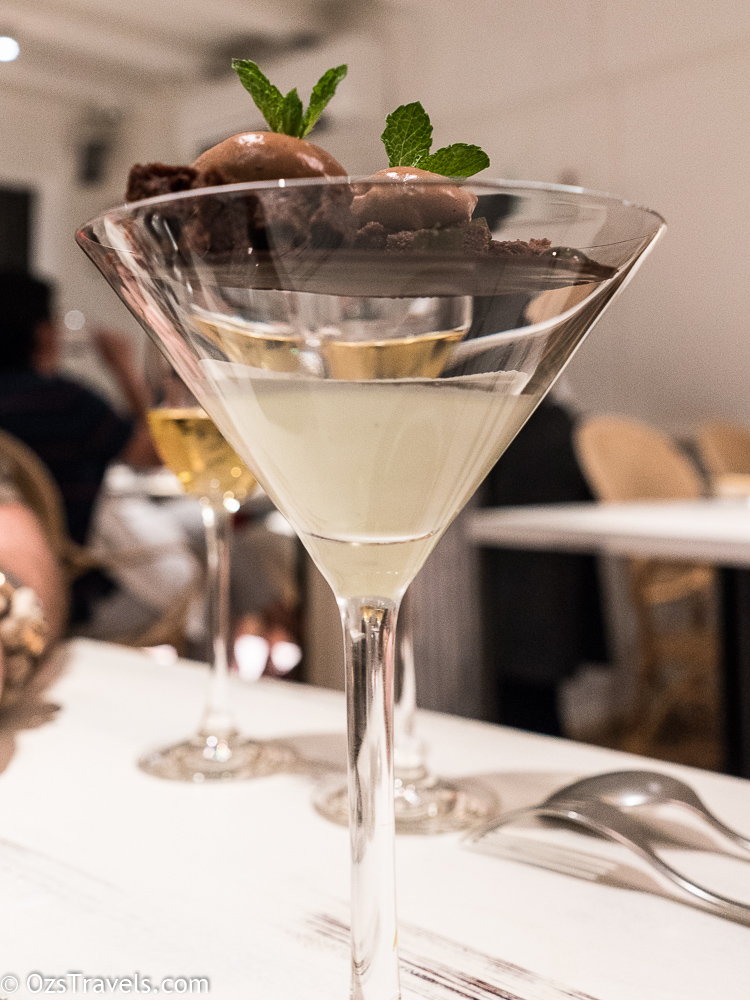 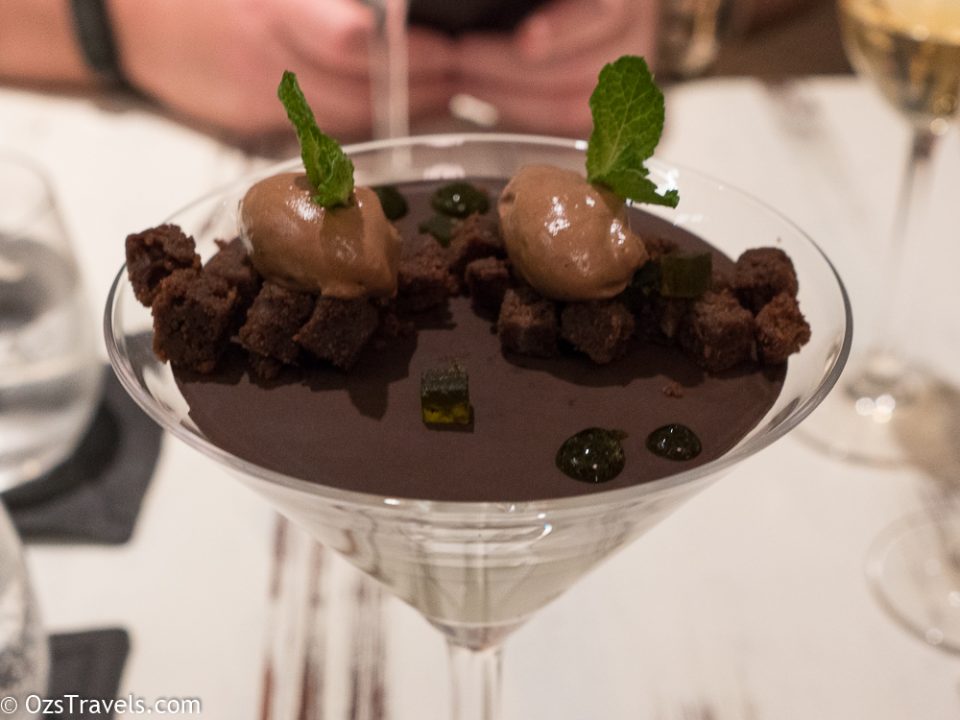 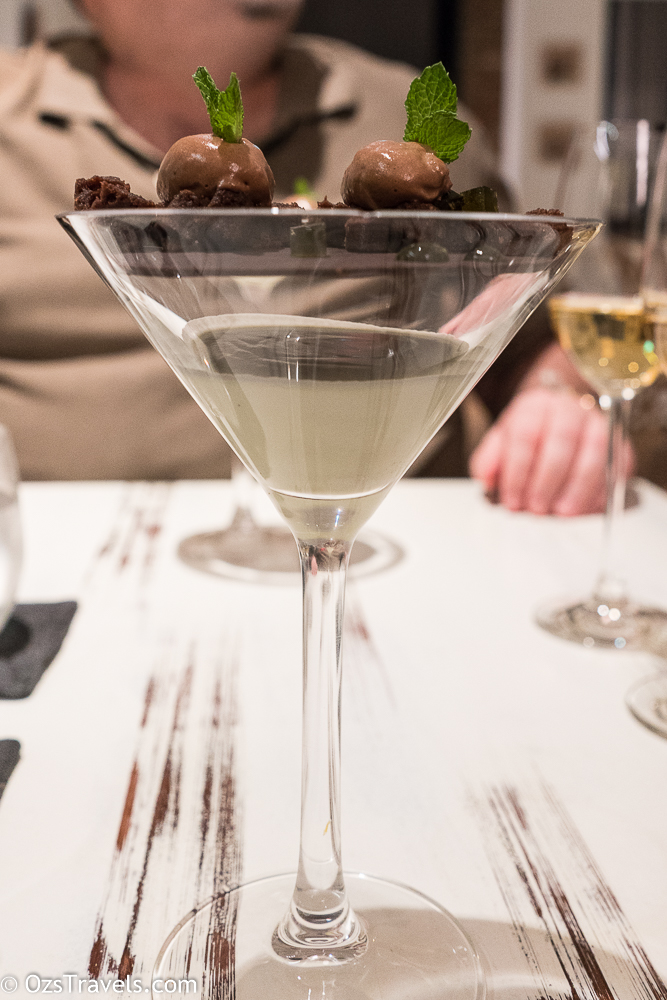 Another, very enjoyable, dish. A simple, tasty dish, a great way to finish off the dinner.

Whilst it was a shorter line up than usual, it was of the usual high quality. 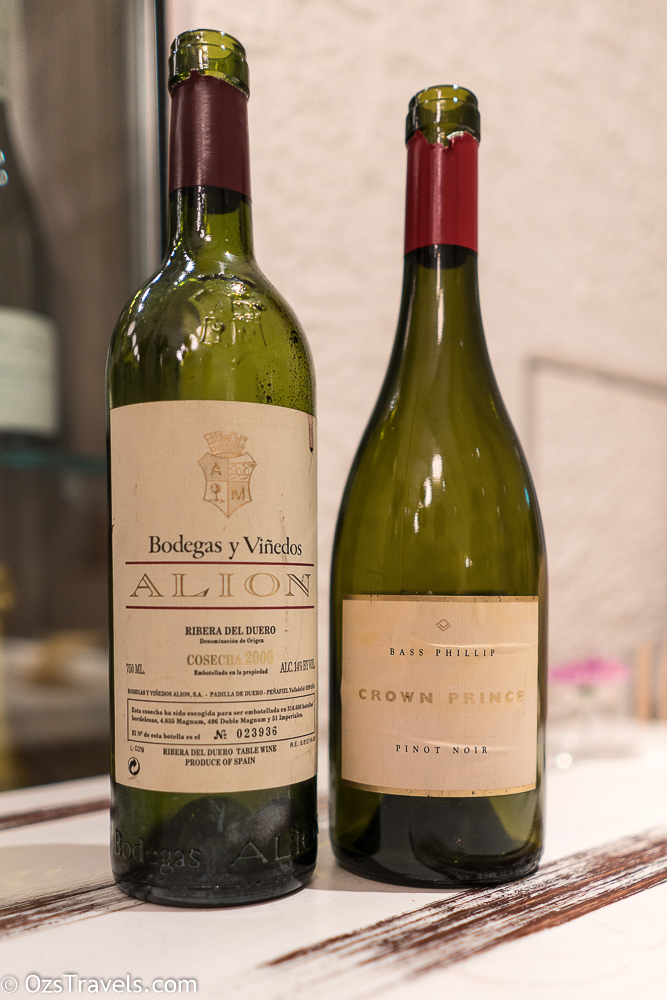 If you are in either Barcelona or Singapore and are looking for a great dinner, Gaig is the place, and when Carles is in town, it gets even better.

One of the nice touches is the restaurants use of game, I have no idea how they get their hands on rabbit, had a rabbit paella the previous time I dined there, or Kiwi deer in Singapore, but they do and the dishes that are created are tasty and enjoyable.

In the few months that Gaig Singapore has been opened it has become one of my favourite restaurants! Good service, great food, decent wine list and hostess with the mostess, Núria. Luckily for me it is less than two blocks from my office.