The first Brown Bag Wine Night for a very long time was held at the Singapore Tower Club 06 Sep 2016.

What is a Brown Bag Wine Night?

The Singapore version of the Brown Bag Wine Dinners is basically a night of the Wine Options Game, the game rules are provided at the end of this post, where each attendee brings a “masked” bottle to share that meets the theme criteria. The owner of the wine will then ask the table questions about their wine in accordance with the rules of the Wine Options Game. By “masked” I mean that the wine is hidden in a “Brown Bag” or, as they are not so easy to come by in Singapore, wrapped in alfoil.

Wine Options nights are lots of fun and informative, even more so when everyone brings their “A” game like on this night.

The theme, selected by Robert Rees of Wine Exchange Asia the Chair Person of our group, this month was meant to be Australian Cabernet that are from regions that have a cooler climate than the Coonawarra of South Australia. Luckily a few of the attendees were not so attentive and only read Aussie Cabernet Sauvignon and bought along a few great Coonawarra Cabs.

My favourite wines on the night were:

To be honest all the wines on the night were very good, but if I have to choose these were my top four.

There was no standout favourite on the night but both the Riddoch and the 707 being discussed the most at the end of the night, so I guess they could be considered the top two, although, IMHO, the Brokenwood should have been added to the mix as it was also outstanding.

Thanks to Frankie Kilian, Executive Chef of the Tower Club’s Atlantic Restaurant, and his team for providing us with a great meal and service! 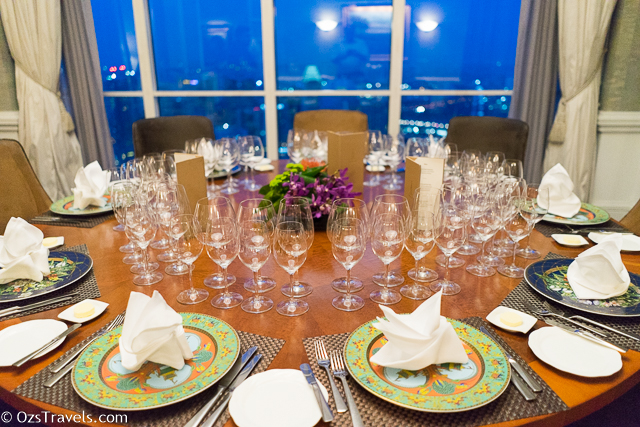 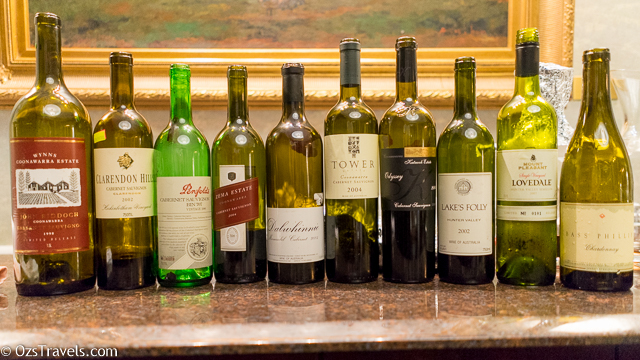 Unfortunately the owner of the Brokenwood left with his bottle before I could add it into my line up photo! Will have to be quicker next time.

In addition to great wine another Australian contribution to the World of Wine is the Options Game. Len Evans, the Godfather of Australian Wine, is the person credited with inventing it. I originally posted this in my March 2016 Wine Part 2 post.

Options to the Options

The size of the group and knowledge (plus patience and or interest) of people participating may mean that you need to tailor the way you ask the answers, a few ideas are below, the first option is the traditional way, we use the third option usually at our dinners.

Have you played this or a variation of the Options Game?